It is located in the upper basin of the Almanzora River. It limits to the West with the municipality of Serón, to the North with that of Cúllar, to the Northwest with Lúcar, to the East with Armuña, to the Southeast with Suflí and to the South with Bayarque. An important part of it is located in the Almanzora Valley between the Sierra de Lúcar and the Sierra de los Filabres. The human presence in the term of Tíjola, goes back to prehistoric time, as it is demonstrated by the idol found in “La Muela del Ajo”, in the place of the Blanquizares. Other testimonies of this period (late Neolithic) are the megalithic site of the “Hermitage of Cela” or the necropolis town located near Bayarque. The Carthaginians, attracted by the mining riches, especially the argentiferous minerals of Sierra Almagrera and Herrerías, founded Baria (colony near Villaricos towards the 6th century BC) More important is the Roman presence in Tagili (Tíjola). remains of three Roman villas of the imperial era: deposits of the “Muela del Tío Félix”, “Iglesias” and “Aalgaida.” In 1977, a marble tablet (92 x 49 cm) was found that read: “Voconia, Avita, daughter of Quinto Fabio, with her money, she built some spas for her Tagilitana republic, celebrating her inauguration with circus games and a banquet.For the care and maintenance she gave 12,000 deans to her Tagilitana republic. “From the resplendent age of Abderramán III (S X), in this place there is a city-fortress called “Tájela”.

As mayor of Tíjola, it is an honor for me to welcome all those who decide to discover the wonders of our people through this website.

Visit the municipality of Tíjola is an experience steeped in centuries of history .. 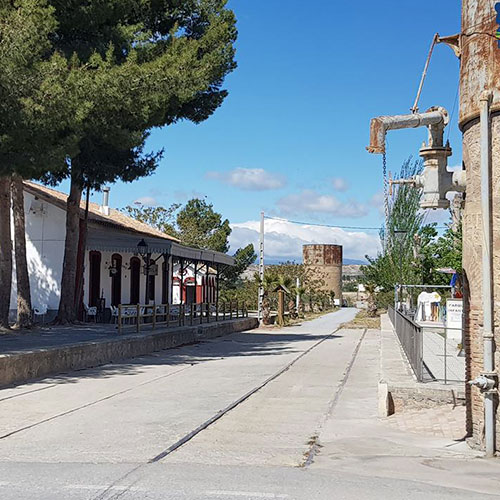 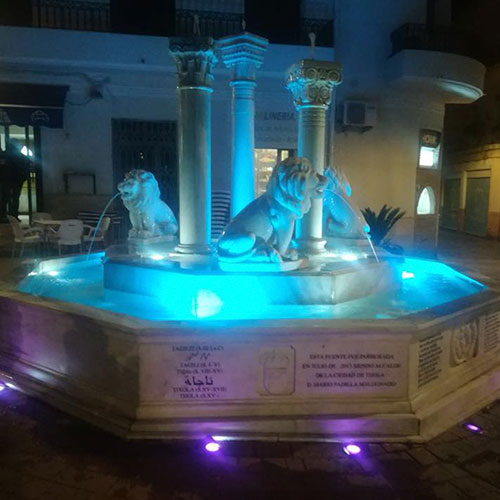 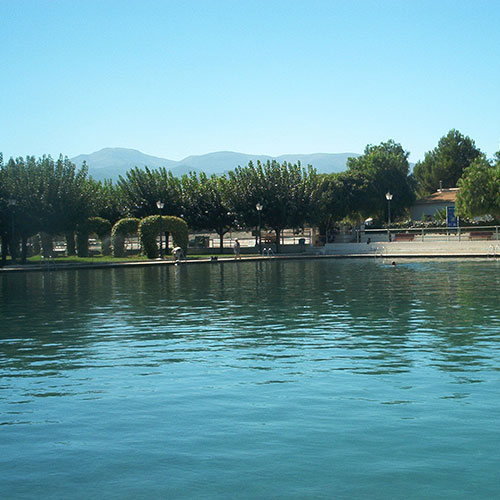 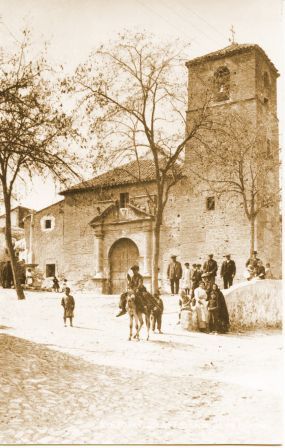 Villa located in the Alto Almanzora, in the valley formed by the Sierra de los Filabres the Sierra de las Estancias. It is called “Granada the Girl” or “the pearl of Almanzora. Tixola means “the hidden one”. It will be from 1830 when it begins to be called by its current name, until then it had been known as Tíxola.
In its term have been found prehistoric settlements from the IV millennium a. C. in the place called Pago del Prado. Of this period we must highlight the so-called idol of Tíjola found in the Muela del Ajo and which currently appears in the National Archaeological Museum.
It was the ancient Roman recreation city of Tagilis, inside the Conventus Cartaginensis.
There is an old fortress, called today Tíjola la Vieja, already existed in the 8th century with the arrival of the Arabs. In the period of Al-Andalus there was a large town with good defensive conditions and topped off in a castle. The current Tíjola is below.
In the year 1489, Tíjola surrendered to the Catholic Monarchs who yielded it to Yusuf Barbaja in 1490. In 1494 it was ceded again to Don Diego López Pacheco, Marquis of Villena.
During the War of the Alpujarras (1568-1570) it was conquered by don Juan de Austria with twelve cannons, its inhabitants fled and the Christians killed their warden. From then on it would be real of the armies of D. Juan de Austria during the Moorish rebellion, it is granted the title of Villa. The repopulation was carried out with people from Navarra, the Basque Country, Asturias and Portugal.
In the second half of the nineteenth century and early twentieth century agriculture will be monopolized by the cultivation of Ohanes grapes. Today it is one of the cities of Alto Almanzora with a more promising future in traditional economic activities such as agriculture, livestock, industry and other activities such as rural tourism to exploit the natural resources of the Sierra de los Filabres, Calar Alto, the Sierra de las Estancias and the thermal spring of Cela. 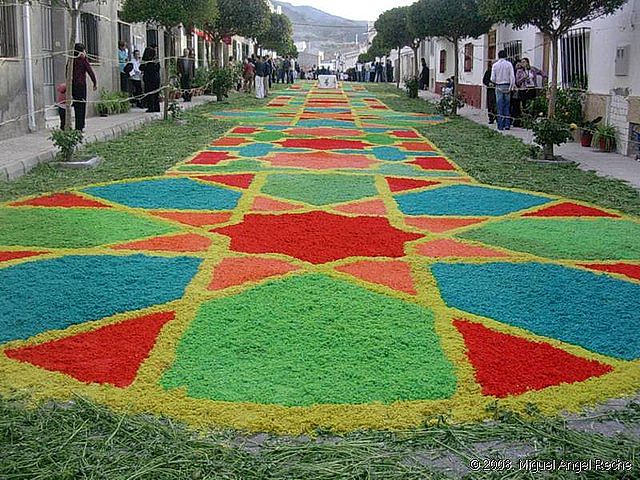 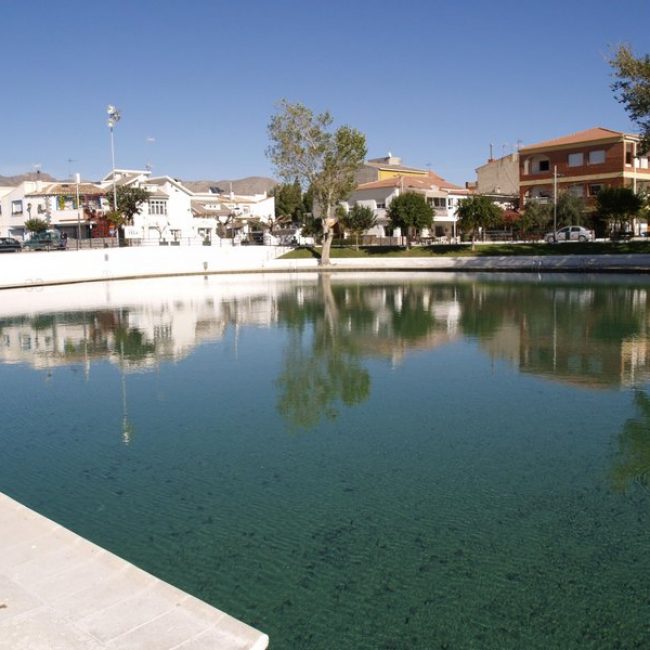 Balsa de Cela is a spring of thermal waters located 3.5 km from Tíjola in a northerly direction, on the border with the municipality of Lúcar, and at an altitude above sea level of 720 meters. The waters emerge naturally with a constant flow of 42 liters per second and a temperature that is maintained at different times of the year between 22 and 24 degrees Celsius. Already in Roman times there was reference to the richness of the thermal waters of the then Tagilitana Republic (current Tíjola). The waters of the Balsa de Cela have medicinal properties for different types of diseases. The Fuente de Cela waters a rich fertile plain and its waters are distributed among the municipalities of Tíjola, Lúcar and Armuña. Traditionally it has served as a cattle trough. The reservoir-shaped reservoir formed at birth is known as Balsa de Cela, and is divided in half by the boundary between the municipalities of Tíjola and Lúcar. It has dimensions of 50×50 m and a depth ranging from 50 cm to 2 m. It has undergone several improvements and extensions, the last one in 1996. It has been the preferred place for bathing by the inhabitants of […] 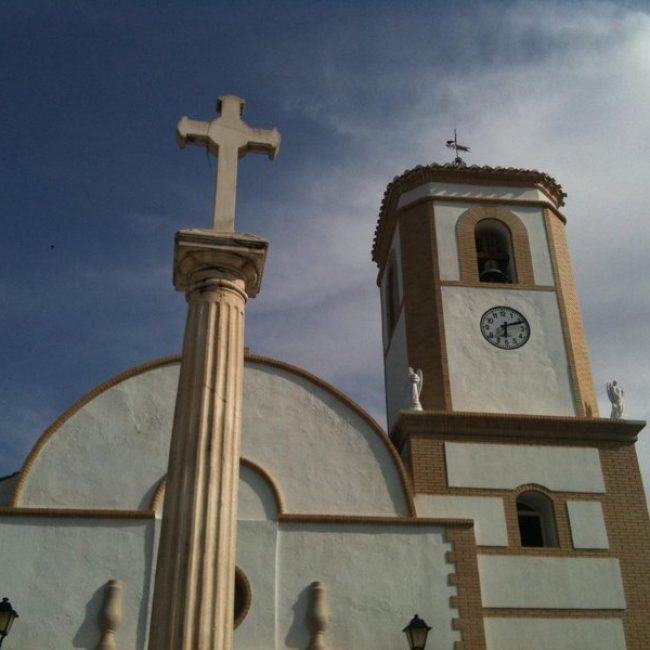 The Shrine of the Virgen del Socorro, patron saint of the town, is the second temple in importance and breadth. The first data about it are dated in 1650. The successive restorations of it make its cataloging difficult. It has a Roman cross plan; The exterior covered facade, tower and dome have Mudejar reminiscences. Its interior is simple and late Renaissance style. Simple altarpiece made of pine wood, with columns covered with cardboard. It has an exterior cover with two waters and, overall, it has a nice picture, with a great urban situation. Its main treasure is the image of the Virgen del Socorro and everything it represents. Tradition says that the Virgin came from Italy in 1498. 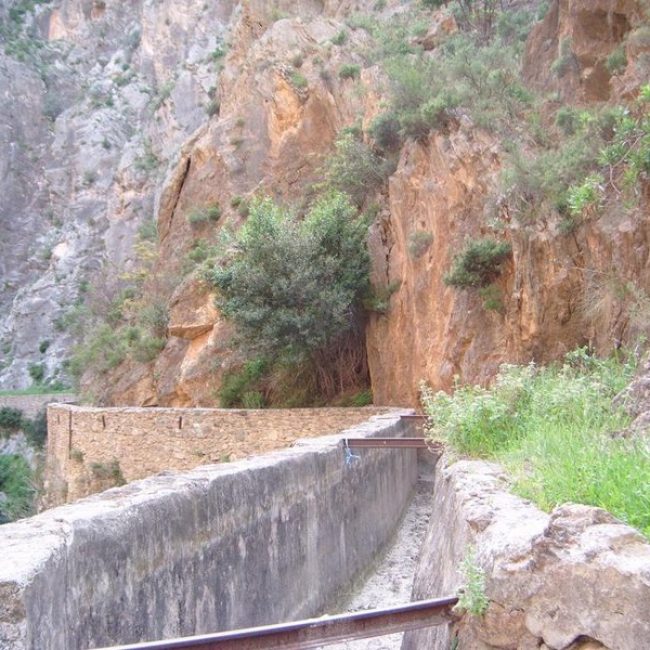 The Egg Fountain, the Bacares River and the legendary Cueva de la Paloma have formed that beautiful trilogy of primordial places where the tijoleño has sought and found tranquility and tranquility. If there is a route in the area near Tíjola that has a more interdisciplinary nature, that is, from different points of view it is interesting, that is the route we propose: going up, from the hermitage of El Salvador, Bacares river up, until arrive at the well-known one like Source of the Egg (by that custom that had formerly to raise there to eat the hornazo, with its egg, in the celebration of San Marcos) and of there to raise until the high part of Cerrá to return from there until the village. 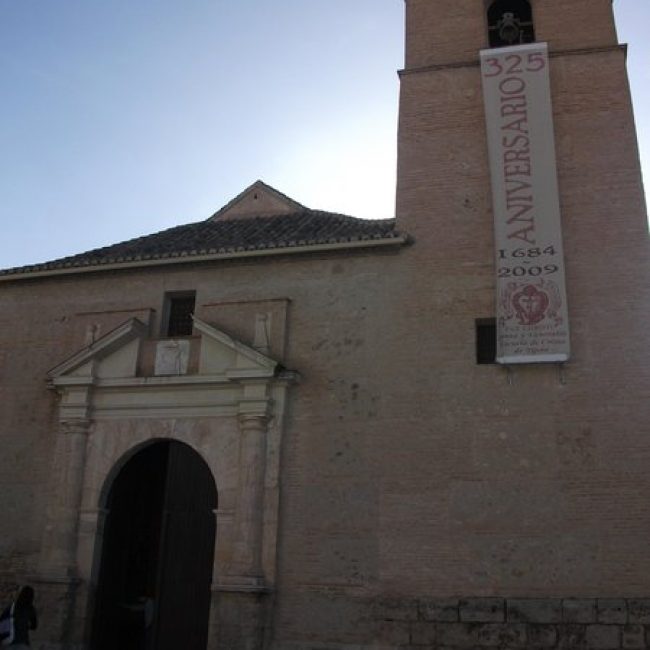 In Tíjola there are two centers of religious interest, which are the Parish Church of Santa María and the Ermita Santuario de la Virgen del Socorro, patron saint of the city. The Parish Church of Santa María, according to Father Tapia, was promoted in the decade from 1640 to 1650; in the 16th century the original parish was in the Hermitage of San Cayetano; and previously it is believed to have been an old Arab mosque. Architecturally, it has a main facade with a Renaissance character, although the tympanum connects with the Baroque. The lateral façade called “los Perdones” stands out. Both covers feature shields; one of the promoter bishop of the church: Bishop Portocarrero; and the other, belongs to the coats of arms of the lordship of the Marquis of Villena. Inside, on the sides, there are two heraldic shields carved in ashlar stone that belonged to the Counts of Torremarín and the Countess of Algaida. It highlights the importance of the altarpiece of the main altar, in the Baroque style of the 17th century; and the neo-Mudejar style choir, as well as the coffered ceiling; there are five later chapels built after the original primitive church. The church […] 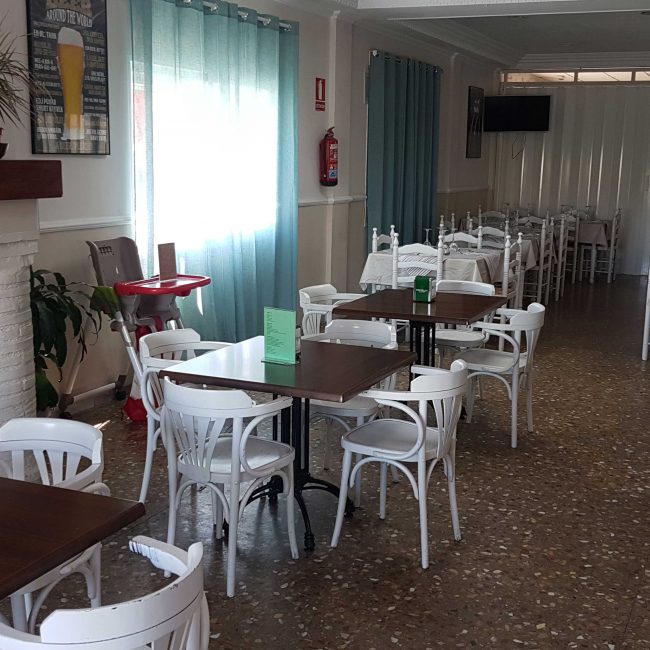 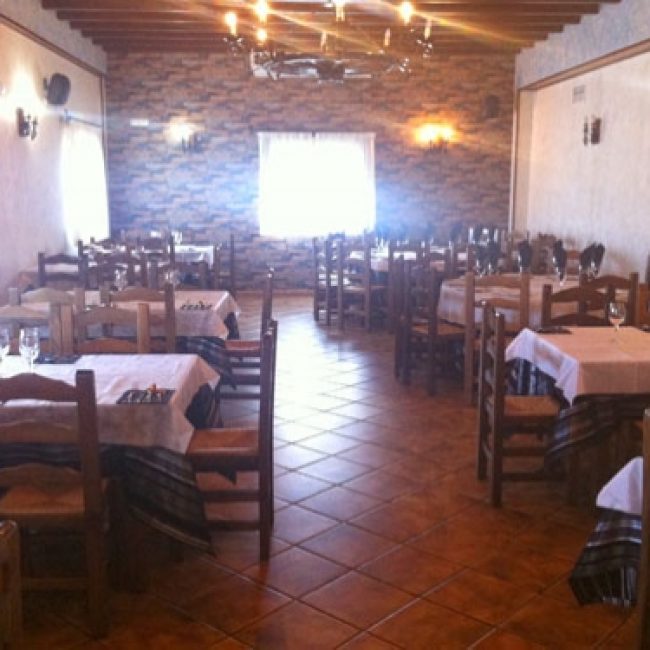 Bars and Restaurants in Tíjola (Almería). In Restaurante El Polígono we have a wide variety of grilled meats, fish and tasty portions. We are the ideal place for holding large events such as weddings, communions, baptisms, celebrations, etc. Restaurant El Polígono Enterprise data Restaurant The Polygon This modern style restaurant is the ideal place for holding large events such as weddings, communions, baptisms, … as it has a large capacity for diners. Type of cuisine: Mediterranean   Our specialties RATIONS Special salad of the house Tropical salad with mustard vinaigrette Tomato aliñao Lettuce buds with anchovies, salmon and F.S. vinaigrette Serrano ham with bread and tomato Ham and sheep’s cheese Assorted cheese platter Assortment of pates Pork loin with the orza Galician octopus Spicy potatoes Shrimp Scampi Scrambled eggs with mushrooms and prawns with ham powder Fried dogfish Fried squid or plancha Cuttlefish on the grill Cod kokotxas with rail clams Fresh cheese on the plate with tomato jam Goat curl with tempura Scrambled eggs Piquillo peppers stuffed with cod Baked scallops with cheese Iberian grill MEAT TO THE BRAZIL AND ELABORATED Beef tenderloin on the grill T-bone steak Braised oxtail Sirloin steak with stone Iberian feather on the grill […] 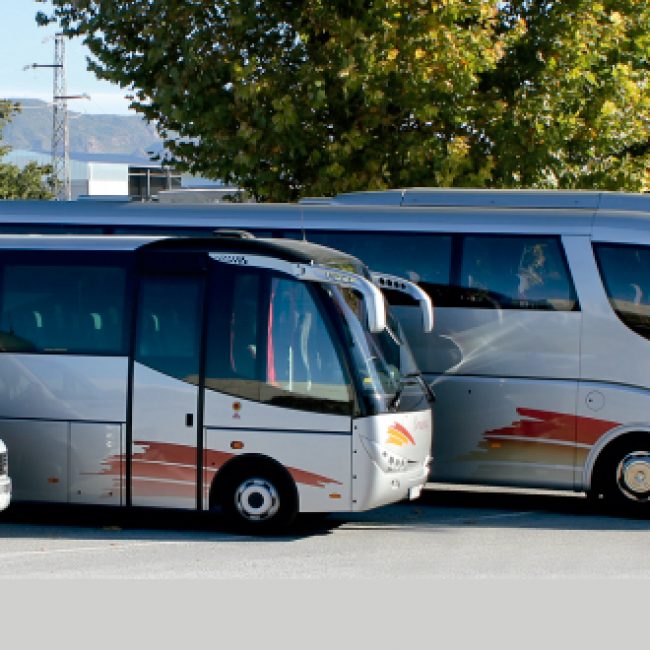 Coaches and taxi service Bonachela in Tíjola (Almería). We are a company that we have been transporting travelers for 60 years. The Bonachela Coach Park is equipped with Buses, Minibuses and Taxis of the main brands and models. All our vehicles comply with national and community regulations on transport and safety, have: automatic air conditioning, intelligent suspension, seat with seat belt, ambient sound, individual light, DVD, automatic transmission, Euro IV engines, height adjustment for the raising and lowering of passengers, etc. 55 seater buses Minibuses from 20 to 35 seats 7 seater taxi Do you want to party but don’t go out because you can’t have a drink and drive? If you live in the Almanzora region, you are in luck! Autocares Bonachela de Tíjola offers a taxi service for € 1 per kilometer. Yes, how are you reading it? From your house to the place of the party or food with dancing, we will take you and bring you for only € 1 per kilometer (if it is after 12 at night they will increase € 10 per night). You know, you can go with your partner or with several friends, enjoy the party and return home without taking […] 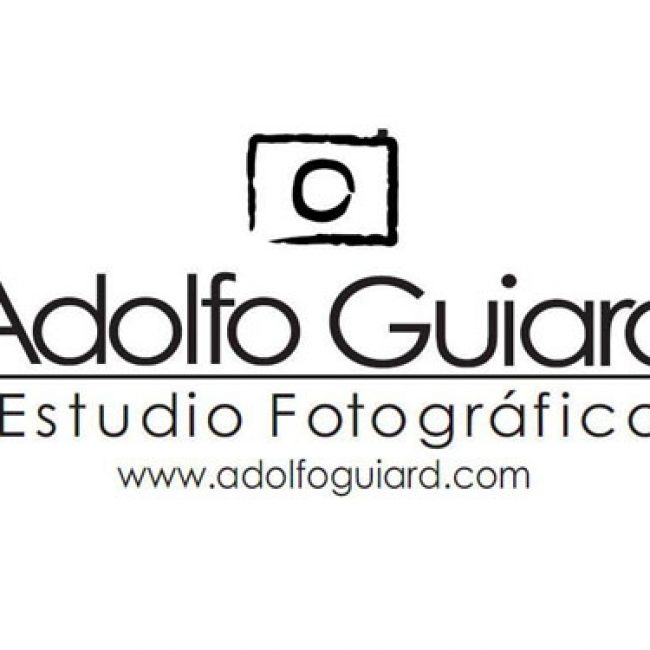 Estudio Fotográfico Adolfo Guiard offers you in Tíjola all the services related to photography: Weddings, Baptisms, Communions, Celebrations, Product Catalogs, Photo Book, … We combine experience, youth and creativity to achieve the best results. Visit us and request a quote. Photographers in Tíjola – Almería. Adolfo Guiard Photographic Studio – Tíjola Adolfo Guiard “Estudio Fotográfico” is a company dedicated to photography in general and social reporting as one of its most specific specialties. Settled in the heart of the Almazora Valley (Almería) and with a very personal philosophy when facing his work, Adolfo Guiard offers a combination of youth and experience that form a splendid conjunction when it comes to expressing your needs in images. In addition to being a specialist in the reporting of weddings, communions and baptisms, Adolfo Guiard does not forget the rest of photographic nonsense such as: photography of political, journalistic, etc. … 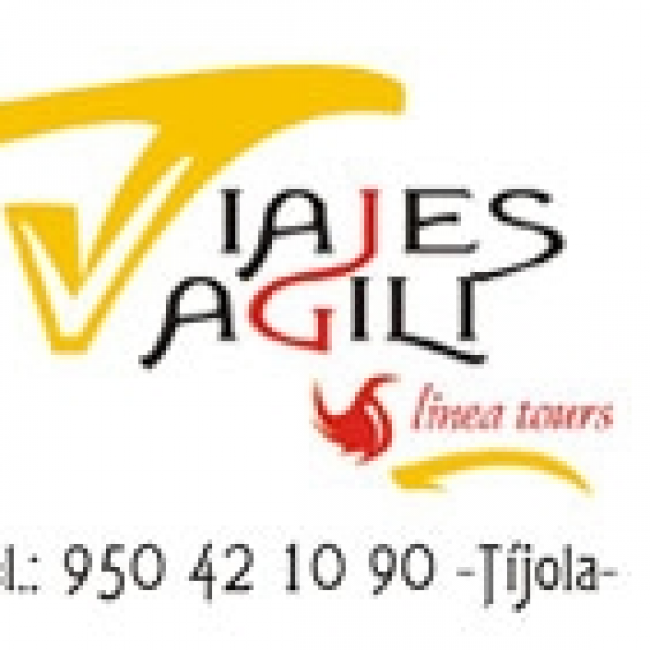 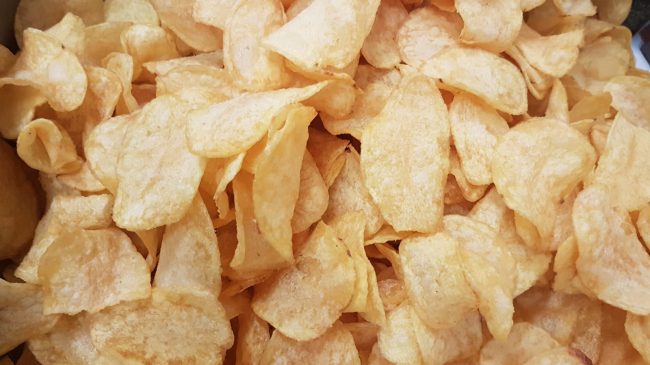 Exquisite homemade french fries handmade as they have been made a lifetime. 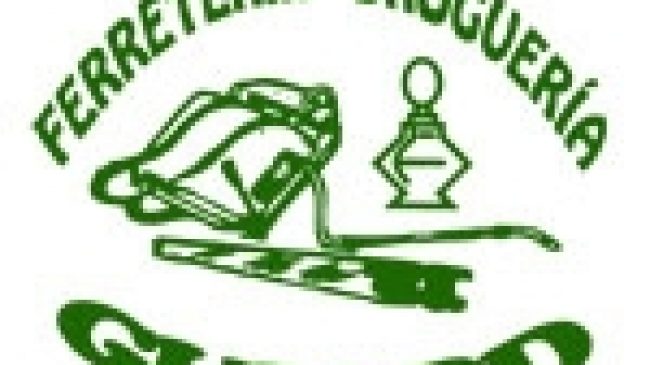 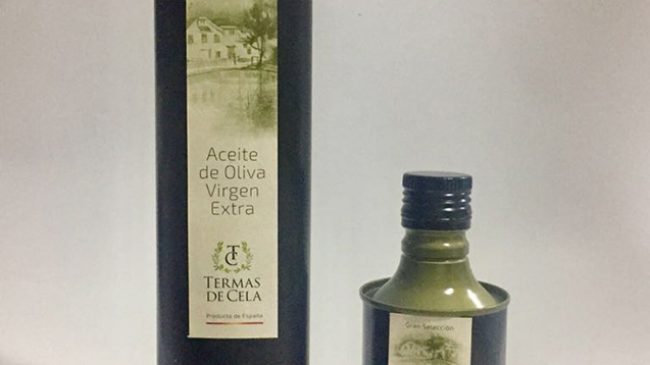 Live escapism game in Tíjola – Almería 🚪 The first escape room in the area, form your team and try to solve the mystery by deciphering enigmas, games, puzzles, finding keys, opening doors, padlocks … 90 minutes of guaranteed fun. We wait for you in Tíjola !!

What to do in Tíjola

If you are thinking about taking a different trip to discover beautiful places and charming towns that are not usually well known, a trip to Tíjola is an excellent option. Our town has many options to make and we recommend the ones that are sure to be of your interest.
button icon What to do in Tíjola

What to do in Tijola? 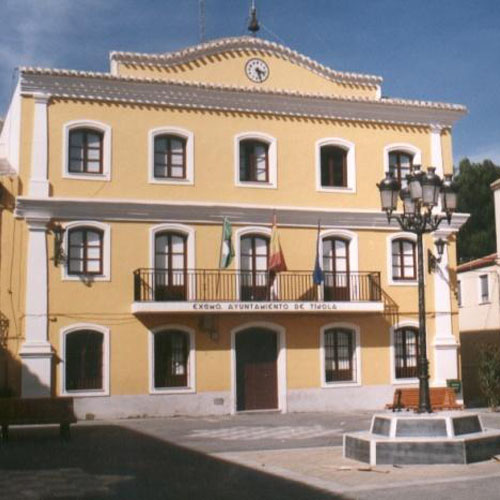 Where is the town hall?
Pre-sale Questions
Pre-sale Questions
You have not filled all fields
Your message is being processed, please wait
Comment successfully sent
Captcha failed to verify
Sending failed, try again later
Ask anything about our product and we will reply to you soon as possible