Sierro in the Alto Almanzora

In Sierro, located in the Alto Almanzora region, you will find a unique village in the province of Almeria. To get here we cross the city of Purchena and take the detour to Suflí. We passed by and three kilometers ahead is our destiny …

The economy of Sierro depends on the exploitation of marble. 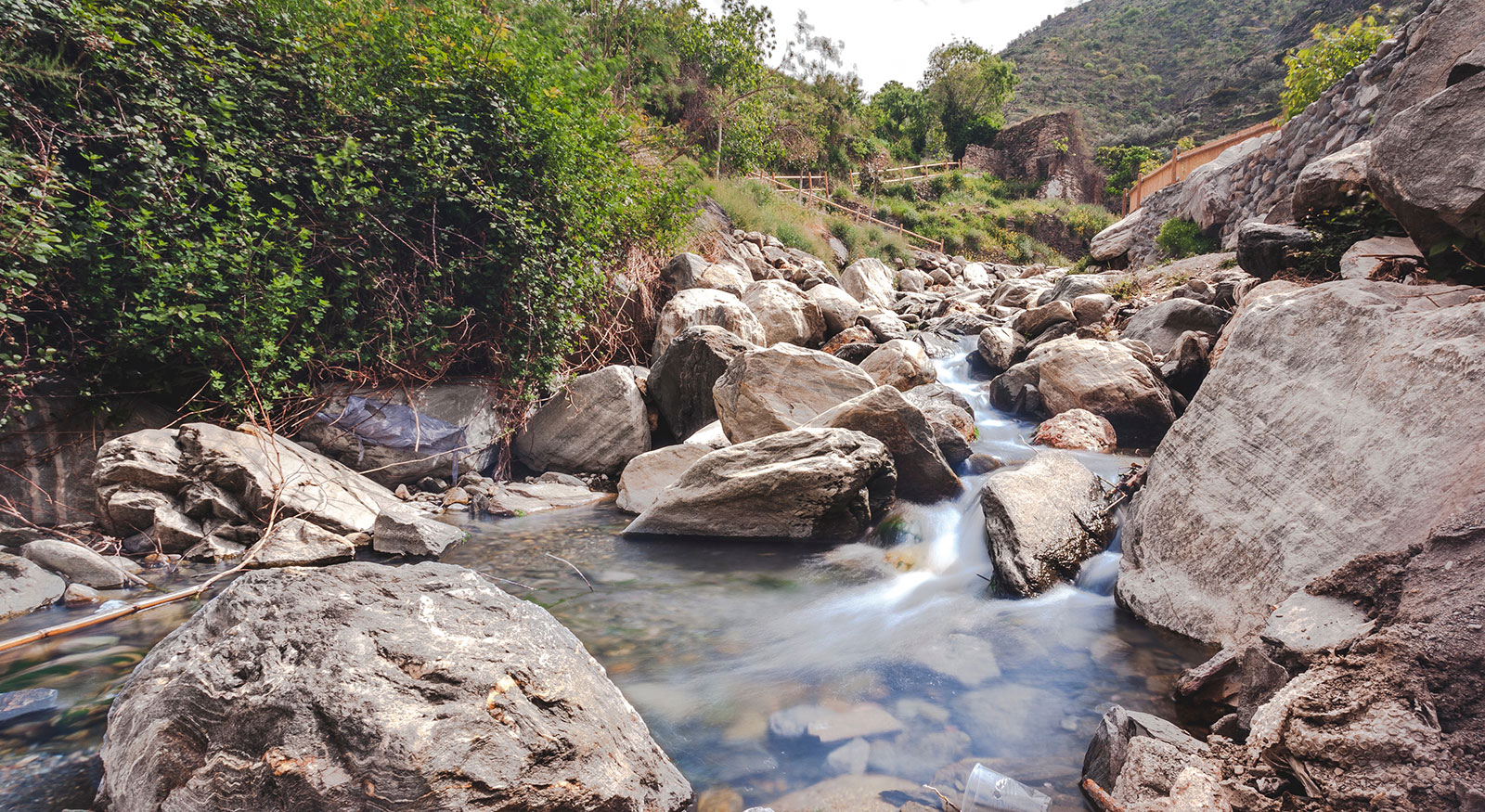 Thus, the work is in the nearby municipalities of Olula del Río and Macael.

Gastronomy represents the culture of a people. It is influenced by the climate, the economy, the natural resources of the place, the seasons of the year and the religious festivities.

Among the routes that we recommend to visitors are those that tourists can visit through the village, visiting its church, the numerous squares and squares that are scattered along its most significant streets, its porches and the numerous free sculptures that They decorate a modern urbanism and they are true works of art made with care, affection and professionalism.

We recommend that you visit Olula del Río or the quarries of Macael, to observe such dangerous work and the factories of transformation of the product, as well as their craft workshops, key pieces of art and conservation of an office as old as its marble.

As Mayor of Sierro it is an honor for me to welcome all those who decide to discover the wonders of our people through this website.

Visiting the municipality of Sierro is an experience steeped in centuries of history. 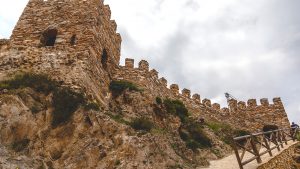 Villa located in the Alto Almanzora region. Although some consider that the word Sierro has a Berber origin, it seems that its origin is from the Latin word serra meaning mountain range or mountain range.

At the beginning of the period of Al-Andalus, the Sierra de los Filabres was populated mostly by Mozarabs. In an incursion of Alfonso the Battler in the year 1125, most of this population went with him to repopulate the Valley of the Ebro. In century XV it was possible to distinguish between Sierro Alto and Sierro Bajo.

After the Christian conquest of the late fifteenth century and the War of the Alpujarras (1568-1570), the Moors of the Kingdom of Granada were expelled. The repopulation was carried out with settlers from Murcia, Albacete, Castilla and Western Andalusia.
Its current population is dedicated to the cultivation of almonds and olives. Part of its population moves to Olula del Río and Macael in the exploitation of marble. Another activity of its people is the repopulation of the mountain.

The Moors and Christians invade Sierro for a few days 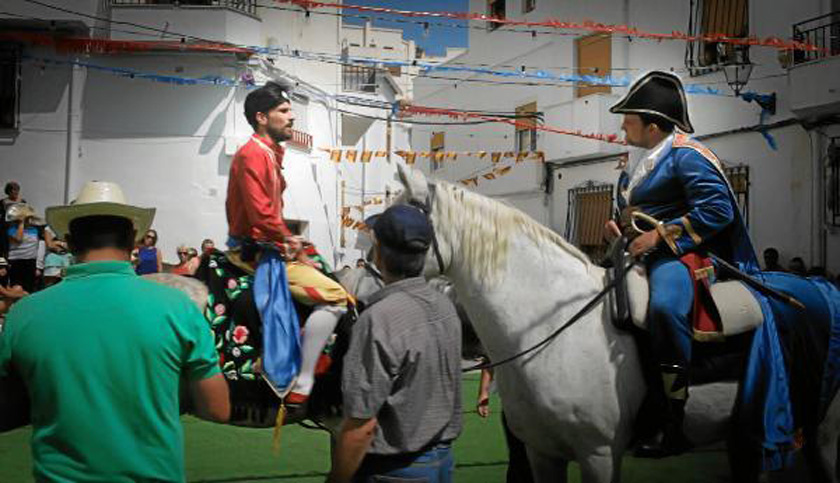 On the first Friday of September, when the sun sets, the Plaza de España in the municipality of Sierro is moved centuries ago to become the scene of battle between the Moors and Christians. It is a celebration of great tradition, which is celebrated in honor of the patron saint of Sierro, San Sebastian, with reasons for his parties, which take place from Friday to Tuesday. Saturday is when the first battle is fought, a skirmish in which the Moors are victorious. As winners they stay with the Castle and with San Sebastián as a captive. That same day, the Saint, imprisoned in the Castle, receives various offerings from the serranos (embroidered mantles and cloths, vases, pumpkins, garlic, peppers, rabbits, and everything you want to donate) and at night, has place the auction of all these gifts, in which all the people participate with great excitement and expectation. The money collected is for the brotherhood and for the maintenance of the Saint and the Tradition.

The second part of the relationship, takes place on Sunday at noon, this day the victory is for Christians, who win the battle. After armed meetings between ambassadors and generals, the Moor side ends up accepting their inferiority until they ask for adhesion to the new faith, on the part of General Moro. However, the ambassador refuses to convert to Christianity so they cut off his head.

According to the studies collected by Melina Rubio Rubio, a graduate in Geography and History from the Hispalense University of Seville and a native of Sierro, this historic custom began around 1709, although there is no document to prove it. At first this celebration was held on San Sebastian, January 20, but due to the inclement weather typical of this station, in 1934 it was agreed by the majority of the members of the Brotherhood, change the date to the first Sunday of September , once the harvest of the cereal harvest is finished and because it is a summer season. Sierro parties last until Tuesday, the day when they conclude with traditional games and a chocolate with churros for all the neighbors and visitors to the events. 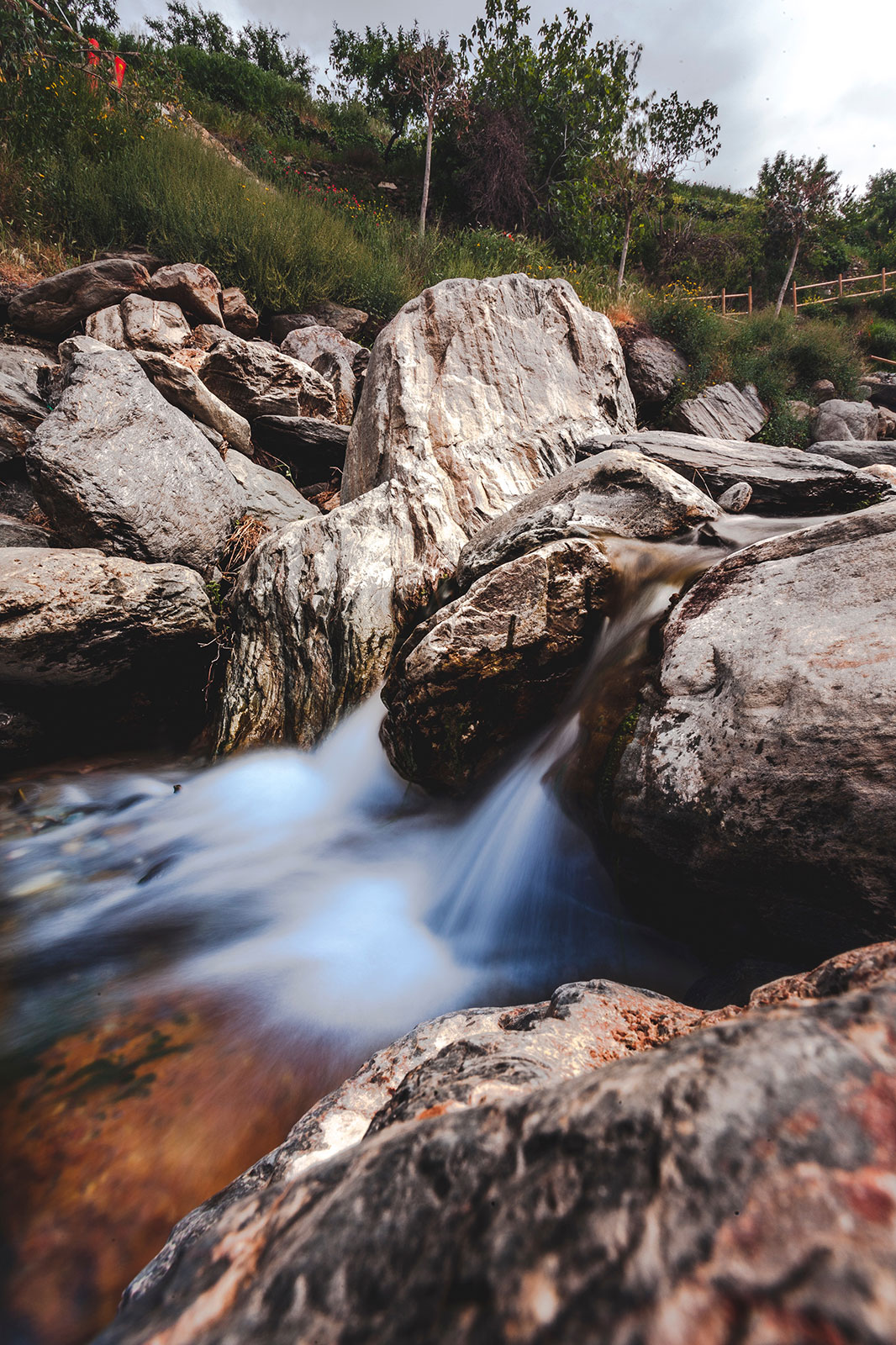 Festivities and San Sebastian in Sierro 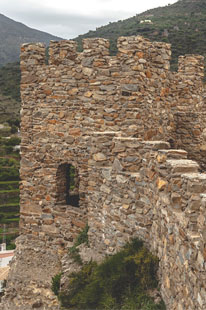 The Patron Saint Festivities are celebrated at the beginning of September, they are popular manifestations where the people of the town try to get together and enjoy as much as possible. They constitute the most numerous festive event in the municipality. On the occasion of the festivities, the population multiplies, as those who had to emigrate and the children of those former neighbors of the town come.

More and more tourists visit it during the holidays. Among the acts that are scheduled at these festivals are masses in honor of the patron saint and processions. But all are not solemn acts, there is also time for popular festivals, sports activities and traditional games, which are elements that never fail.

San Sebastián is on January 20, but due to the inclement weather of winter, in 1934 it was agreed by the majority of the members of the Brotherhood, to change the date to the first Sunday of September, once the harvest of the harvest of cereals and for being summery time. 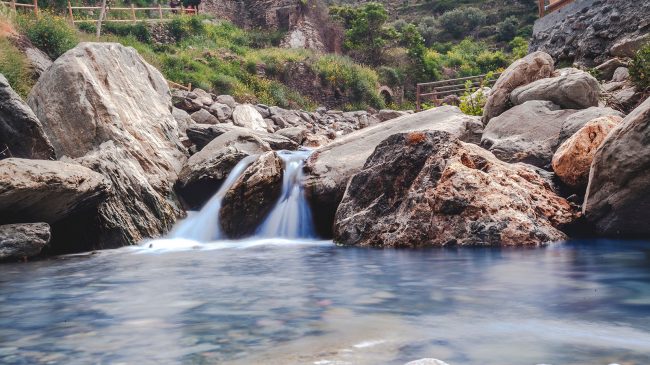 Sierro rests at the foot of the Sierra de los Filabres, on the northern slope of that mass of slate. Its gently sloping hills are currently covered by uncultivated almond trees and by “bolinares” and other landscapes of semi-arid scrub that occupy the old farmlands of the dry-land farms that have been abandoned in the last thirty years. As in the rest of the mountainous territory of southeastern Andalusia, water has made it possible to take more intensive part of the territory. Located next to the Boloyunta River (also known as the Sierro River), where it abandons the narrowness of the channel between opposing hills, the stepped landscape of Sierro is irrigated with waters that come from the melting snow of the Calar Alto and with the contributions of the springs that are feeding the current. In the cortijos of the mountain range also take advantage the small births of irregular course, that give place to picked enclaves of fertility in an environment in which the hardness of the lands of dry land dominates. The landscape changes gradually as we move away from the valley and we penetrate in height along the municipality looking for the summit of the Sierra […] 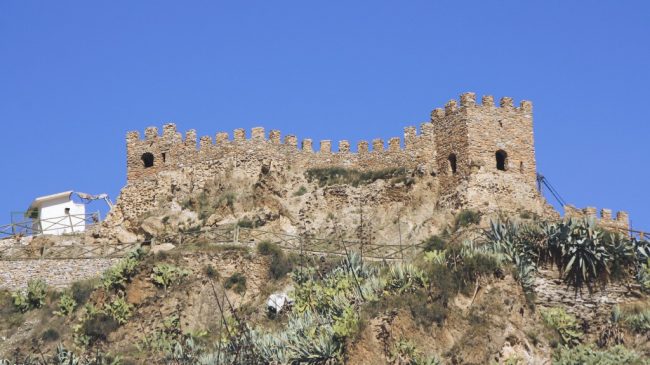 Fortress of Sierro / Hisn al-Zuerro Reference: AL-CAS-184 Corresponds to the IX-XIII centuries. Located on the top of the farmhouse with the role of shelter and urban citadel. It emphasizes its prominent height and its wide visibility on the territory. It is a medieval castle-fortress of Berber Islamic style. It is located in the highest part of the inhabited nucleus, rising over the Boloyunta river (Arabic name of the Sierro river) about 300 meters. The ruins of a fortress with a tower, square and solid, are conserved, controlling the valley of the river and with the tower-minaret of the church-mosque a few meters below the tower. The fortification is very eroded and the vestiges that remain are discontinuous elements of the wall with two concentric defensive perimeters, a tower, two little projected towers to the outside, a side door and a cistern. From it you can see Somontín, Lúcar and Urracal, the upper part of the Almanzora valley. The great tower dominates the entrance to the valley and its access road; on the southwest, the foothills of the Sierra de los Filabres and the upper Boloyunta valley. Andalusian construction completed in the Almohad period (12th century), with elements and Almoravid […] 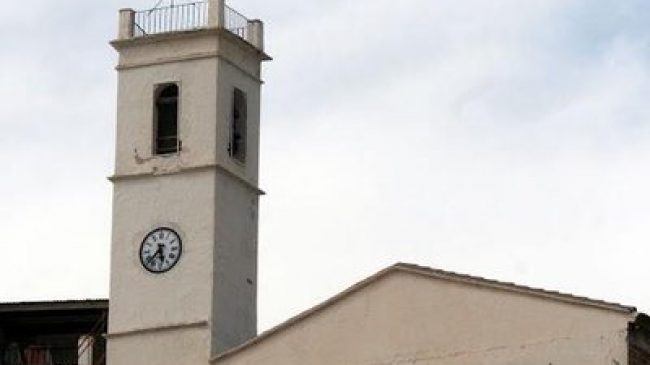 The Church of San Sebastian is a unique nave structure covered by a barrel vault, and the roof with pine beams of the country and Arab tile. The exterior very sober and the interior elevation from Ionic columns framing arcs of half a point and supporting entablamentos. The lighting is done in six open oculi at the bottom of the lunettes of the vault. 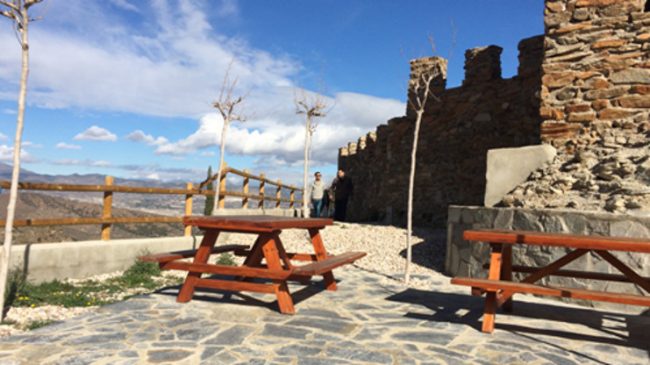 The City Council of Sierro has improved the accessibility to the castle of the town by its southern part, conditioning an area in disuse, little passable and dangerous, and creating a lookout-picnic with which it is intended “to give a better service to those who visit the castle”.

What to do in Sierro?

If you are thinking of taking a different trip to discover beautiful places and charming towns that are not usually well known, a trip to Sierro is an excellent option. Our town has many options to make and we recommend the ones that are sure to be of your interest.

What to do in Sierro? 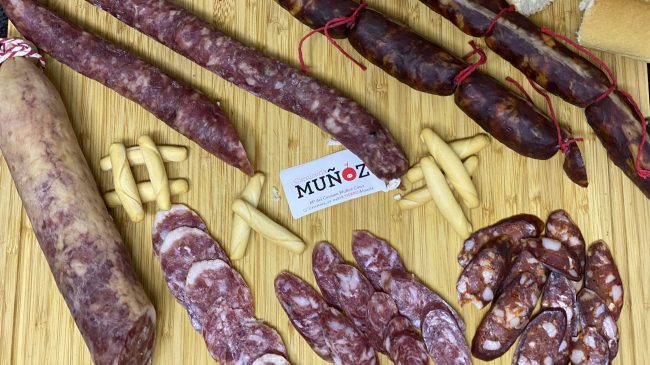 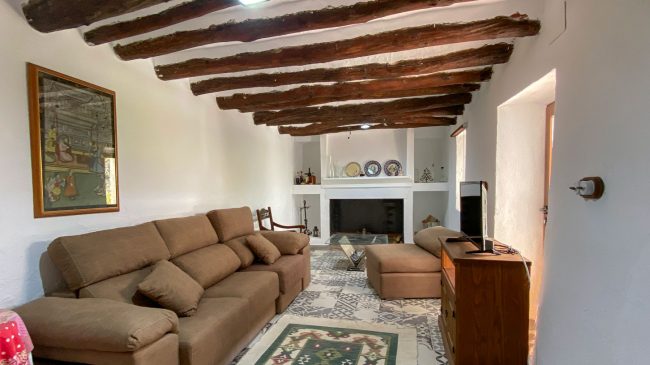 VTAR / AL / 00809. Rural farmhouse with capacity for a maximum of 10 people in the mountains of the municipality of Sierro (Almeria). It is rented complete. The farmhouse is located in an idyllic setting, away from the urban centers and other farmhouses, in a ravine in the upper part of the Sierro river almost at the foot of the Bacares tetica. From the farmhouse you can hear the flow of the river water almost all year round. In autumn the bellowing of the deer is heard. The establishment has 5 double bedrooms (10 people maximum), a kitchen divided into two rooms equipped but does not have a microwave or oven, 4 living rooms with 2 fireplaces, 2 toilets, terrace, porch, barbecue and plenty of space to enjoy with family or with friends. The environment is ideal for hiking or mountain biking routes. This farmhouse now adapted as rural accommodation is more than 100 years old and has always been a meeting point for hunters. The access is not suitable for a normal vehicle, it is preferable to use an all-terrain vehicle because the last 4 kilometers are still unpaved, although a normal vehicle can reach the farmhouse without […] 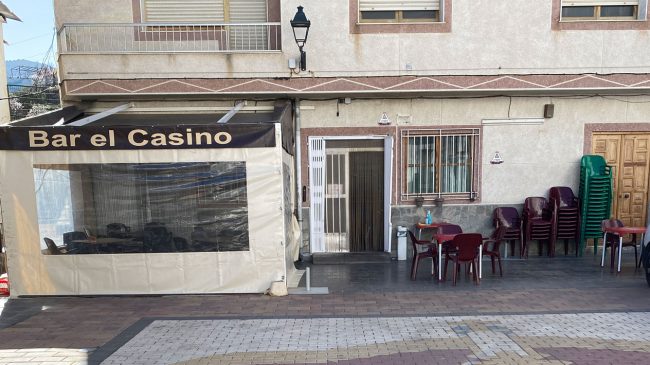 We make some delicious artisan tapas with products from the area: Loin, chorizo, meat in sauce, pincho, black pudding, crispy chicken, patatas bravas… Our specialty: Mask. Do not leave without trying it. We have a terrace. We open every day from 9 a.m. to closing. Tuesday = Closed for staff rest. 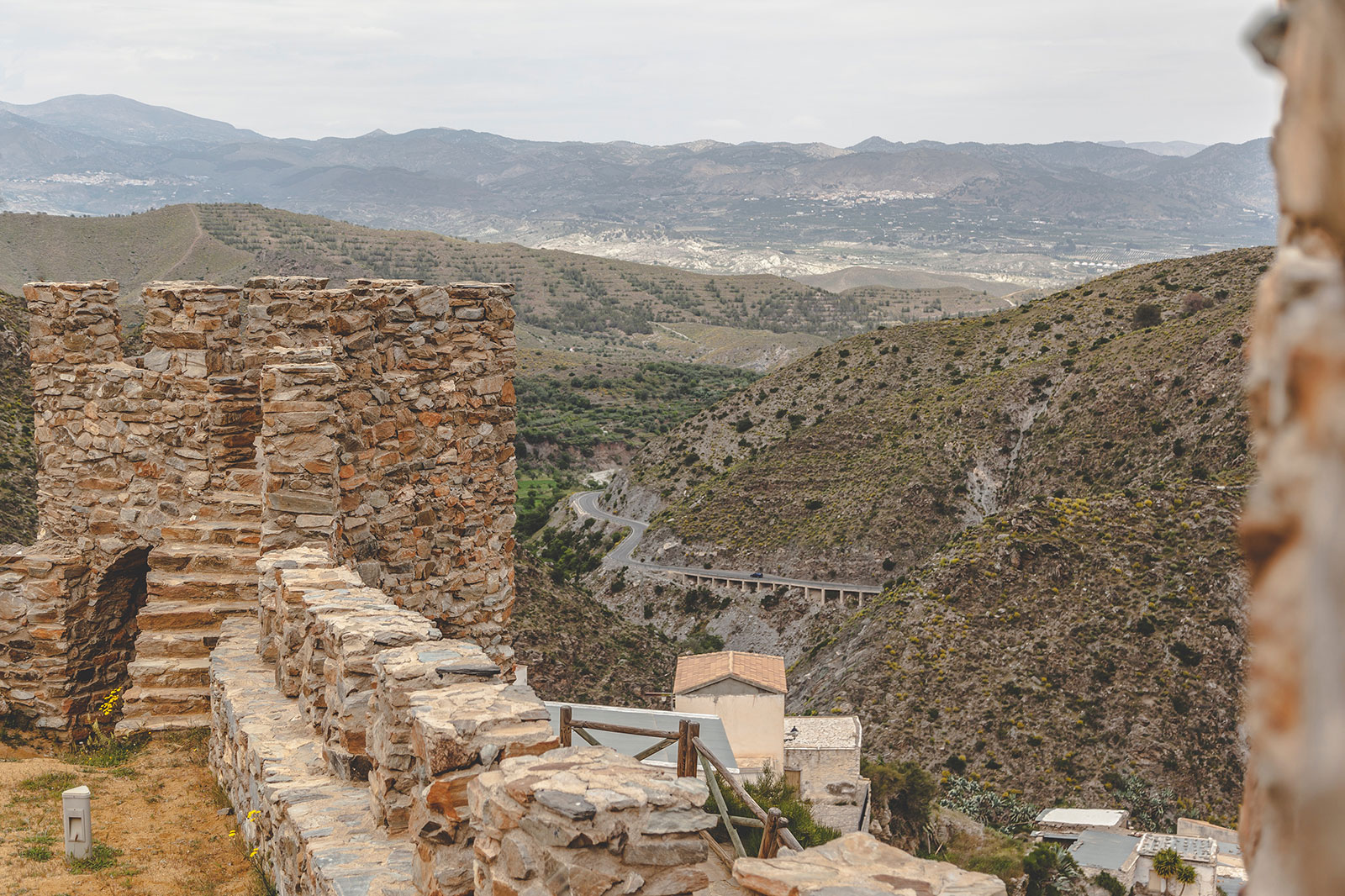 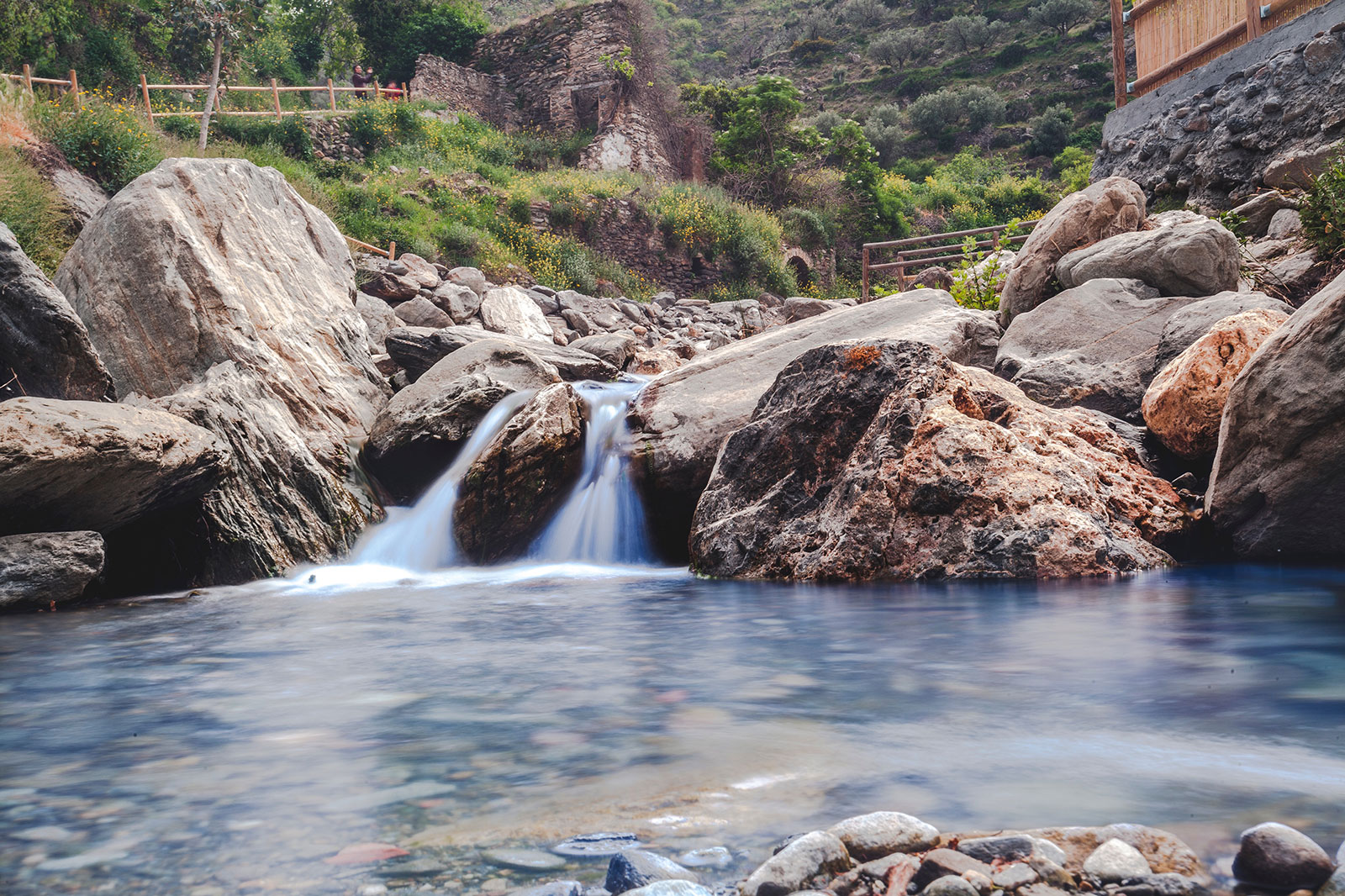 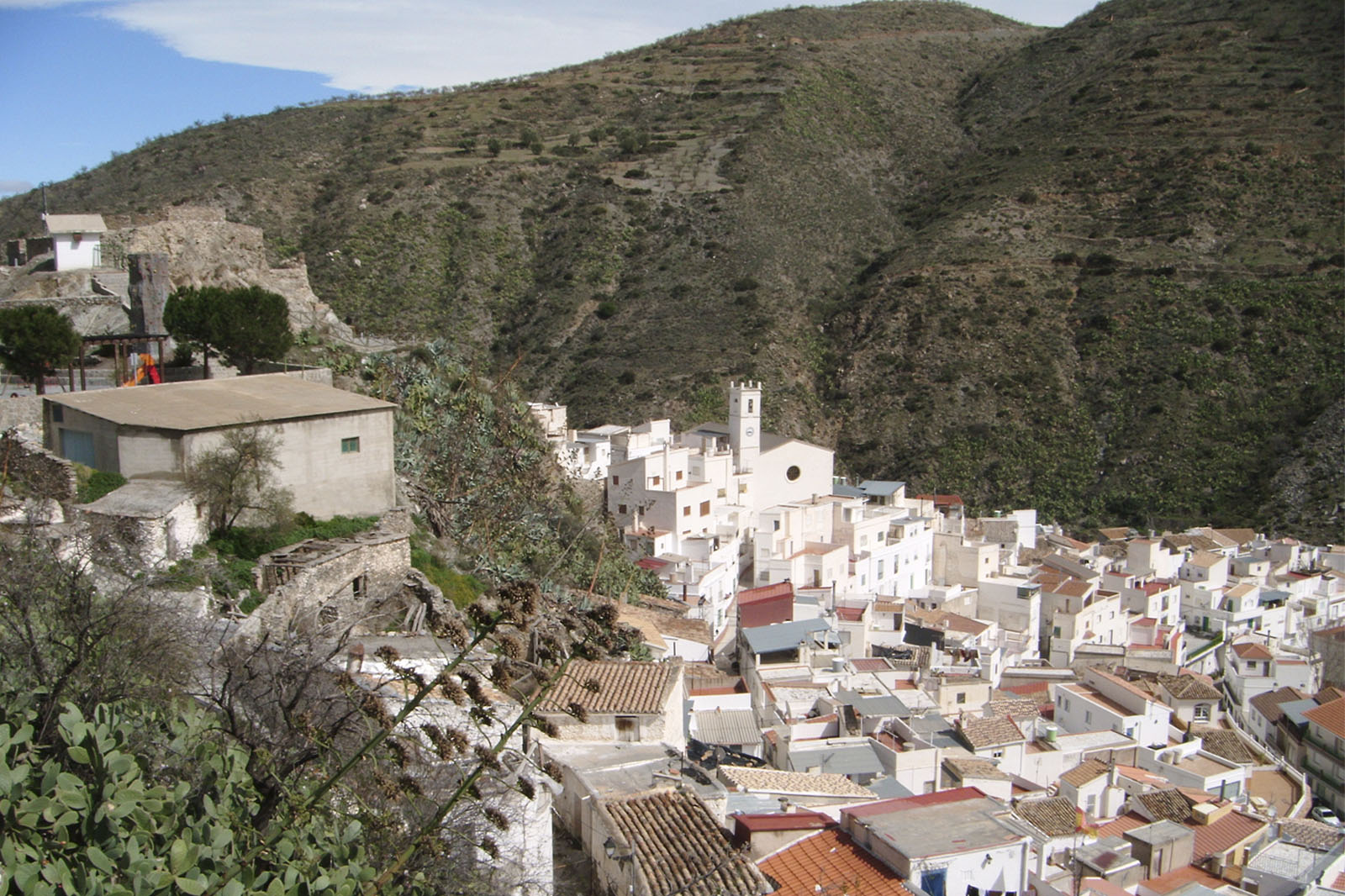 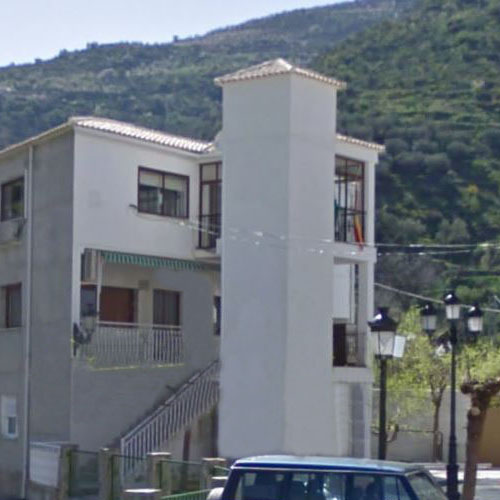