It is 79 kilometers from Almeria and is located in the easternmost part of the Sierra de los Filabres. The Parochial Church was constructed in 1505 under the invocation of Santa María. During the rebellion of the moriscos of 1568 it was practically reduced to ashes. Its last construction dates from the mid-nineteenth century. The festivities of San Lorenzo are celebrated on the second weekend of August. On holy Thursdays and Fridays there are traditional games or “bowling games” that bring together many fans of the region.

Originally, the town was located about three kilometers south up the hill. In the 1940s, the then mayor Antonio Sáez Sáez decided to move the town to its location today because it is a more convenient place to be and better communicated. The streets of Old Chercos were restored at the beginning of the 21st century. Several houses of the old town, as well as its church, continue being used by their owners during the festive times like Christmas to visit their relatives, weekends and summer. 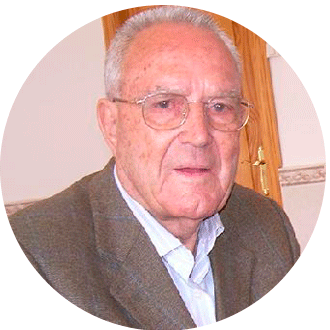 As Mayor of Chercos it is an honor for me to welcome all those who decide to discover the wonders of our people through this website.

Visiting the municipality of Chercos is an experience steeped in centuries of history.

Chercos is a place-name of the Mozarabic word Yerku, which means “the oak”, according to Oliver Asín. Possibly because of the holm oak forest that existed in its surroundings. We have to differentiate between Old Chercos, old farmstead, and New Chercos, when moving the municipal offices to a more comfortable place called Las Huertas would give place to this settlement.

Between Chercos Viejo and Chercos Nuevo is “La Piedra Labrá” or “Piedra de los Moros” where the first human footprint is found in the history of Chercos. It is about rock engravings that represent scenes of everyday life and the place should have been used as an altar for outdoor worship. This engraving dates from the second millennium a. C. 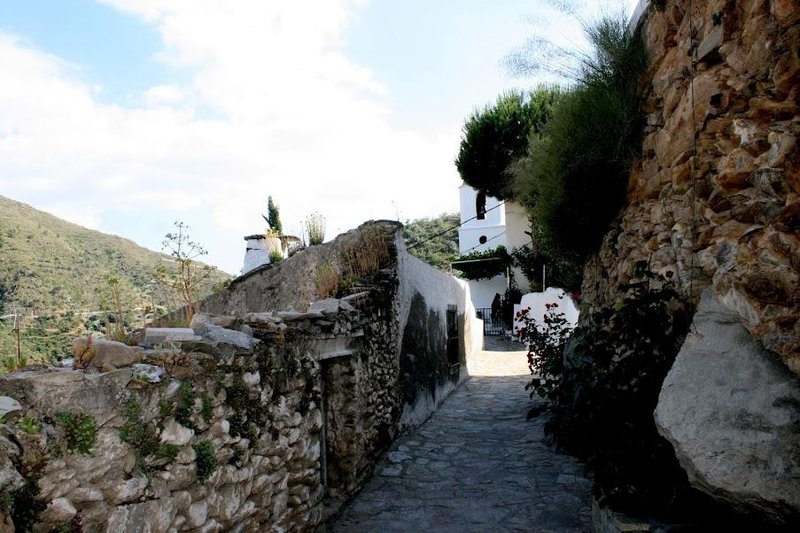 During the period of Al-Andalus, it will be part of the State of Tahal. This area was occupied by Berber tribes. From this period the remains of a castle and a cistern are preserved.

With the conquest by the Catholic Monarchs in 1488, the State of Tahal would be ceded to Don Enrique Enríquez, family of the King Don Fernando, in 1490. Before the War of the Alpujarras in Chercos there were about 360 Moriscos. After the war with the expulsion of the Moors the place would be depopulated, although no data of its repopulation are known for having lost the book of Apeo and Population.

In 1835 the manors are abolished. Madoz tells us in the middle of the 18th century that Chercos is part of the judicial district of Purchena and its municipal area is divided into a series of cortijadas and its economy was based on agriculture.
At present, its main party is that of San Lorenzo and is typical the Game of the Bowling on Thursday and Good Friday. 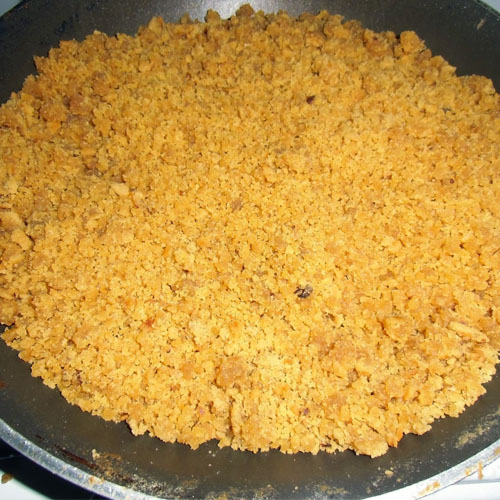 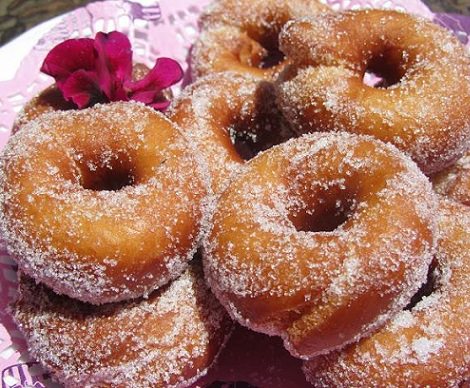 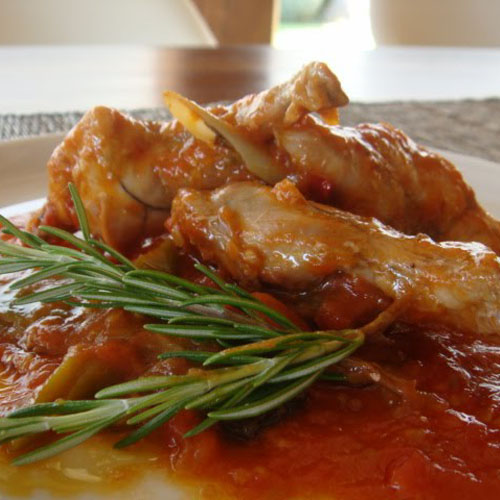 It is the most important festival in the town of Chercos. It is celebrated in honor of San Lorenzo, patron of the town, on August 10. These parties usually last three days. A mass and procession is celebrated in honor of the Saint, accompanied by the Choir of Chercos. There are many cherqueros who left the town for various reasons and who are returning to celebrate their holidays.

Various cultural and sports activities are carried out during the week prior to the festival, such as plays, dancing by the children of the town, typical games, dessert contest .. The last day of the festival a large paella is held in the square for All attendees preceded by the water war. In the bars of Chercos you can taste a great variety of typical tapas at the Feria del Mediodía.

Every night the music is the protagonist in the Plaza with the performance of an orchestra until the wee hours of the morning. To finish the party the Baile del Farolillo is performed. The parties of Chercos are very endearing and worthy of being enjoyed by those who come by this municipality.

In the Alto Valle del Almanzora (Almeria) there were important castles or hussün in Tíjola (9th-10th centuries) and a little later in Purchena. In the mountain valleys the fortified settlements are smaller but according to the same scheme (Bacares, Old Chercos, Sierro, Velefique,). The castle with its farmhouse is located at the head of the narrow valley that goes down to the river to protect itself from the incursions of Arabs or Christians, especially in times of harvest. The medieval farmhouse of Chercos Viejo is grouped around its hisn, a fortress that still dominates the entire valley. The fortress hisn, borg or qasaba is located at the top of the hill. The place of the Andalusian fort is totally strategic to control the wide valley of culture, in this case watered by the river. In the defense strategy highlights its prominent height and its wide visibility over the territory, which could give notice to the entire population in case of attack or threat. The term hisn (castle or fortified citadel) designates a complex complex, territorial and social defined by the jurisdiction exercised by the hisn over the inhabitants of the area. It is located in a high place, on the […]

The archaeological site “El Cerro del Mojón” is located on the highest point of the hill of the same name where the limits of the municipal boundaries of Macael, Tahal and Chercos converge. The settlement is limited to the summit of said hill, which is about 1,116 meters high and visually dominates large areas of the Sierra de Los Filabres and the Valle del Almanzora immediately. The deposit has been interpreted as a fortress of the Copper Age, due to its similarity with those identified in the Los Millares deposit, and it is characterized by its location in a strategic point with ample domain of the landscape, its small dimensions and the presence of complex defense structures.

Hill of the cairn

La Piedra Labrá or Piedra de Los Moros, is a prehistoric archaeological-monumental complex, considered as the first human vestige of the history of Chercos. It dates from the second millennium before Christ. Located on the road that joins the two towns, Checos Viejo (old town built to lime and song, anchored in time) and New Chercos (modern town, well of progress). It is a question of rocks stranded in the earth in which rock engravings of great cultural interest appear, the most common representations, of schematic type, they are indaliformes, armed warriors, riders, cars or tectrices, domestic and wild cattle, stars, horseshoes and other objects. The outstanding distribution in space and its promising enclave in the landscape leads one to think of its use as an altar.

Chercos, whose name derives from the Mozarabic word Yerku, which means “La Encina”, applied to the place, by the holm oak forest that existed in its surroundings. Its origins go back to the Middle Ages, when we know that this town was populated by the Moors. Located in the Sierra de los Filabres. A town whose houses, hooked on an almost vertical slope offers a balance show of the most picturesque and sober. It emphasizes its Parochial Church constructed in the middle of century XVI, with the name of Santa Maria and its Patron San Lorenzo, Santo who presides at the present time. It owns a Alcazaba or residual strength that supposes of century XVI, of which only can be seen part cistern that supplied with water to the settlers of the strength. Under Chercos Viejo runs a gallery that leads to the mine of a fountain also said time. Also highlight the Eras del Calvario and its access roads to the town for its peculiarity of being cobbled. These eras, in which the harvested corn was threshed in its term, are true works of art paved with stones of the place. These millenary constructions, already in disuse due to […]

The construction of the Parochial Church of Santa María began at the beginning of the 16th century (1505), but over time it had several restorations, the last one being carried out in the 19th century.

Eras of Calvary In these eras the corn harvested in its term was threshed. These are real works of art paved with local stones. These millenary constructions, already in disuse due to the evolution of the times, have now become “viewpoints” from which the entire municipal area is dominated. Its panoramic surrounds practically the totality of buildings, its fertile plains and mining area.

The history of this Church is recent. Initially there was a small hermitage. This mini-temple had no shelter capacity for the population, and before the unanimous desire of the people of Chercos the construction of a larger and more comfortable Church for all its faithful takes place. The Church of San Lorenzo is a modern building, rectangular in shape, with three facades and a dividing wall; two doors on the south and east facades; three windows on the north facade and two on the south facade; seven portholes; the exposed wood roof ends with a curved, straw-colored Arab tile; the bell tower on the east facade. The altar rests on two salominal columns with Corinthian capitals and a grooved shaft that twists around the column, resting on a base that plucks a small marble platform that rises above the plan of the presbytery. Under the altar, unidentified relics have been placed that were kept in the church as part of the altar in which the mass has been celebrated for centuries. It lodges the images of San Lorenzo and the Virgin of Fátima, as well as others of great sentimental relevance for all the inhabitants of Chercos.

The Fountain of San Lorenzo, owes its name in honor of the patron of Chercos. Built very recently, in the year 2006. It is located at the foot of the Plaza del Ayuntamiento. The materials used in its realization are yellow marble and cream and brown travertine. Highlights the engraving on the stone with the image of the Saint, as well as a relief engraving of an oak, which symbolizes the name of our town, Chercos.

The fountain of San Lorenzo

The Municipal Park of Chercos was built on an area of 3300 m in length. A ravine flowed through this plot before carrying out the works. In them, marble companies of the zone intervened and collaborated, and both municipal and provincial resources were used. Once completed the works and equipped with all the “furniture” for leisure, on October 12, 2013 was inaugurated, with the participation of provincial authorities and all the villagers. The park is characterized by a Sevillian style cover and a statue of La Virgen del Pilar “La Pilarica” accompanied by other very emotional ornaments. It also has a fountain with six replica lions that appear in the Alhambra in Granada, in addition to other details that help to magnify the work. The park is equipped with petanque, paddle tennis, biosaludable, swings for children and recreation area and gardens.

The park of the Pilarica

Building materials, plumbing and hardware. Realization of works in forge and metal carpentry.

What to do in Chercos?

If you are thinking of taking a different trip to discover beautiful places and charming towns that are not usually well known, a trip to Chercos is an excellent option. Our town has many options to make and we recommend the ones that are sure to be of your interest.

What to do in Chercos?