Located at 83 kms. from Almería, access from the A-334 Overa de Baza-Huercal road. It can also be accessed from the inside by Lubrín. The history of the city of San Ramón, for its interest in the recent history of Zurgena, the old one, Estacción del Ferrocarril, Located in the Alfoquía. It stopped working in 1985, although its building has been restored, respecting the original structure and now it is a space for all kinds of cultural events.

The festivities of Zurgena are celebrated in honor of their patron saint the Virgen del Carmen in the Alfoquía on July 16 and San Ramón Nonato on August 31 in the nucleus of Zurgena. Holy Week is lived with great passion in this town. They are peculiar The game of the flag, the meeting of the different brotherhoods, and the pujas, where the sandals of San Juan are auctioned, the most popular passage of those that make up the processional parades. 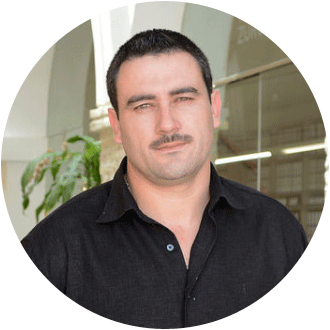 Luis Díaz García
Mayor of the City Council of Zurgena

I am pleased to greet you from the virtual space of the Zurgena Town Hall, a space with which we want you to know us and we also want to get to know you.

We want to adapt to new technologies since Zurgena is a modern town and open to the future. Zurgena has a little more than 2300 inhabitants but this is not an impediment to continue growing, advancing, researching …
I invite you to browse the page so that you know our town .. 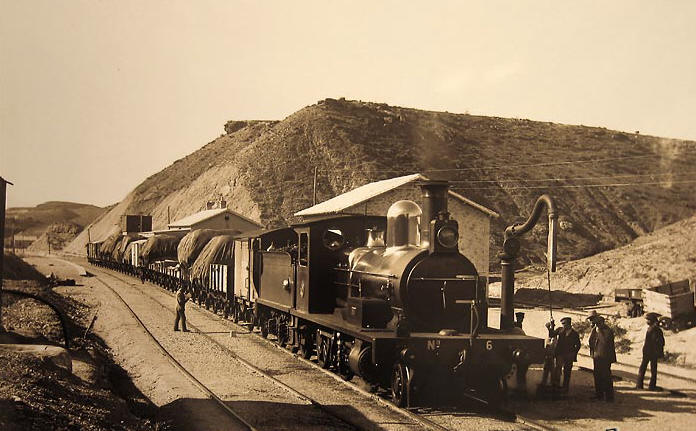 Zurgena train photoThe town of Zurgena has historically been the gateway to the Almanzora Valley. The first populations go back to the Neolithic period. Up to two populations of this historical period were located near the ravine. The terrain is of volcanic origin, sharing these characteristics with much of the rest of the Autonomous Community of Andalusia. In its municipal term abounds the land of great fertility. Something that in these days is translated with a dedication of a large part of the population to agriculture. Precisely the fertile land and the presence of water in the vicinity of the current ravine, were the premises that made Zurgena an ideal place for Neolithic man.

Centuries later, Zurgena became a Roman settlement. In fact, the one known as Ruta Verte was a Roman road that enclosed Granada and Murcia. The route passed through the current neighborhood of La Alfoquia. Currently you can see the path of the old Roman road behind the remains of an old gas station. This road follows the ravine that goes to Cerro Limera, there are remains of the previous eras.

Zurgena experienced another moment of splendor with the arrival of the railway to the Valle del Almanzora, in 1885. The Zurgena train station (located in the La Alfoquia neighborhood) was for about a century the most important in the region and one of the most important in the province. Thanks to a recent rehabilitation, railway facilities such as warehouses, now empty and out of service, where all the goods from the surroundings were deposited, have been conserved. In the same way there were workshops in the vicinity of the station to fix locomotives and wagons. 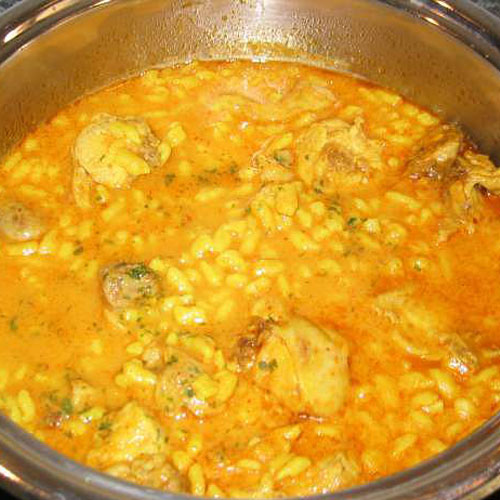 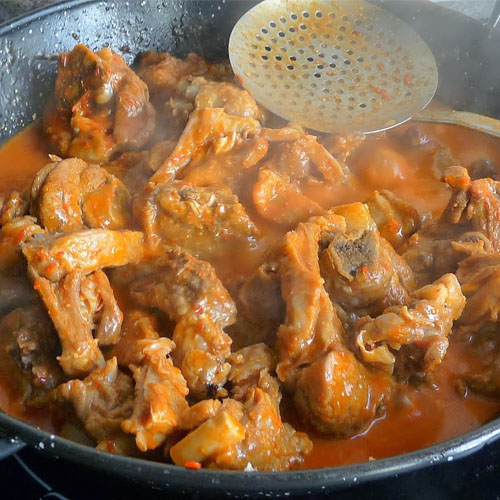 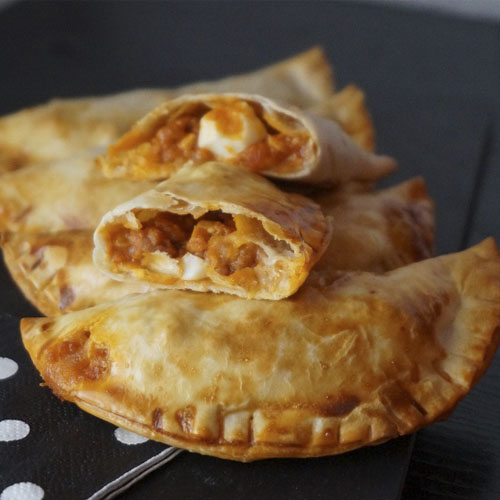 Festivities of La Virgen del Carmen in the Alfoquía (July 16).

The parties usually have an approximate duration of four days, varying each year depending on the location of the 16th day of the week. These changes are made with the intention that the largest number of people can attend the parties, since they always try to include the weekend in the celebration. The location of the festivities takes place in the esplanade of the Old Station of the Renfe de la Alfoquia.

On the eve of the 16th, at midnight, a rocket is produced as a symbol of the proximity of the day of the Virgen del Carmen.

On the 16th, in the afternoon, the Holy Mass is celebrated in the Church of La Alfoquia. Later, the Procession of the Patron Saint is carried out through the streets of the town, accompanied by the music band and a whole retinue of the patron saint.

The days that remain until the 16th are organized: various shows at night (verbena, choice of the queen, etc), attractions for children during the afternoon (foam parties, bicycle rides, games for children … ), entertainment games for the elderly, bullfighting, barbecue, etc.

From a time to this part, the first day of the festivities takes place the election of the “Queen of the Holidays” of that year, which consists of the presentation of the candidates (which are sponsored by a businessman or councilor of the town) and later election, by means of a jury.

Festivities in honor of Mary Help of Christians (30-31 May).

In the neighborhood of Palaces, on the last weekend of May, the Festivities in Honor of the Virgin Mary Help of Christians take place.

The celebrations begin the previous Friday, with a procession of the image of the Virgin, stopping it at the doors of the houses to raise money for the church.
That night the party begins; that is, in the courtyard of the small school a bar is installed that some neighbor is in charge of organizing, and a municipal orchestra plays and sings pasodobles until late at night. Formerly the orchestra consisted of a violinist who played under a tree to play, and people danced and gave him money. At present, the orchestra is contracted by the City Council of Zurgena, to whose jurisdiction Palacés belongs.

On Saturday there is usually a common meal at the same school, usually a rice that all the neighbors share. In the afternoon, games are organized for the little ones, such as running the ribbon, bag races, etc. Before the night falls, the official procession takes place throughout the town.

Mass is said and four people walk to the Virgin, and many others carry the props of the image. The procession is opened by an orchestra, secondly the porter of the standard of Mary, and the image. It is customary in this place to make a promise to the Virgin, that is, ask for a favor and pay for it by making the procession barefoot. That night the party ends, it’s the last night. Sunday is usually a hangover.

The parties usually have an approximate duration of four days, varying each year depending on the location of day 31 in the week. These changes are made with the intention that the largest number of people can attend the parties, since they always try to include the weekend in the celebration. On the eve of the 31st, at twelve o’clock at night, a rocket is produced as a symbol of the proximity of the day of San Ramón Nonnato.

On the 31st, in the afternoon (about 7:30 p.m.), the Holy Mass is celebrated in the Church of Zurgena. Later (around 20:00) the Procession of the Pattern is carried out through the streets of the town, accompanied by the music band and a whole retinue of faithfuls to the patron.

The days that remain until the 31st are organized: various shows at night (verbena, choice of the queen, etc.) attractions for children during the afternoon (foam parties, bicycle rides, games for children …) , entertainment games for the elderly (indoor football, gymkhana in the Almanzora river, etc.)

For a while now, the first day of the festivities is the “Gala of the Queen of the Holidays”, where candidates are presented (accompanied by a businessman or village councilor), and then the ladies are chosen so much as to the Queen of the Zurgena Festivals of that year.

It was built between the years 1874 and 1878. The “Virgencica del Calvario” is housed in it. The fact of building the Hermitage in that place is justified because the “Virgencica” appeared to a shepherd on the Calvary mound. At the door of the Hermitage there is a plaque in which mention is made of the restoration that it underwent in the 90s, thus thanking all the participants in said rehabilitation. In addition to this plaque, above the door is an inscription in which it says: “Virgencica del Calvario 1898-1998”. Inside, on the altar, there is a carving of the “Virgencica del Calvario”, on one side of it a carving of the Lord and on the other side the Tabernacle. The nave is naturally illuminated by two large windows, located at the height of the altar. The dimensions of the Hermitage are not very extensive, so it only has five rows of benches on each side. On the last Sunday of each month a mass is held at the Hermitage. Virtual visit made by the company: Nerol 3D

The Old Railway Station of Zurgena is located in the neighborhood of La Alfoquía in the town of Zurgena. It was inaugurated on March 28, 1885 and closed on January 1, 1985. There were three types of trains: the fruit carrier, the mail and the mineral: The fruit bowl was a freight train carrying a third-class carriage with wooden seats. Every morning I left Zurgena and returned at dusk. The mail was the train responsible for the distribution of correspondence. At the Zurgena station correspondence was distributed to impatient companies and individuals. Daily two couriers circulated: the one of Alicante-Granada in the morning and the Granada-Alicante in the afternoon. The mineral also called “Yankis” because it was manufactured in the USA, was the train that transported iron ore from the loading docks of Serón and Los Canos, to El Hornillo in Águilas. From the existing mines in the municipality of Lubrin, iron ore trucks arrived at the Zurgena Station. They would put the goods on the ground, at the foot of the train, and a large number of people would load them in the wagons. The workers had as sole tools of work baskets of esparto and rakes. There are […]

It was in 1525 when the town of Zurgena acquired the privileges of owning its own Church, the San Ramón Nonato Parish Church, and thus being able to form a parish, without having to belong to the town of Huércal Overa as it had done up to that moment. The construction of the old part of the church was carried out where the mosque had previously been located, while for the construction of the rest of the church, land adjacent to the already built part was used. The work was completed in 1560, although it has subsequently undergone reforms. Due to the dates in which its construction is framed, we can say that it is created within the Neomudejar style.

Los Llanos del Peral Park is an endearing and charming place, in the middle of nature, prepared for the fun of the whole family, from children to adults. It has very well-kept facilities ready to enjoy a well deserved rest, in the semidesert frame of this part of the Almanzora Valley.

What we know today as Zurgena Clock Tower has two bodies of height, the first being a square plan, 4.85 meters on one side and with more than 4 meters in height, presenting two steps or recesses at different levels. On this body it mounts a second one, of 4,50 meters of side, with the corners strongly ochavadas. The height of the Zurgena Clock Tower is about 7 meters and is covered by a roof of Arabic tiles with eight waters, topped by a weather vane with the electrified bells of the clock.

Café Bar in Zurgena. Variety in tapas. Special cover: Cuttlefish in sauce with the same recipe as always. More than 60 years serving this tasty tapa. Hours: Monday to Sunday from 8 to closing. 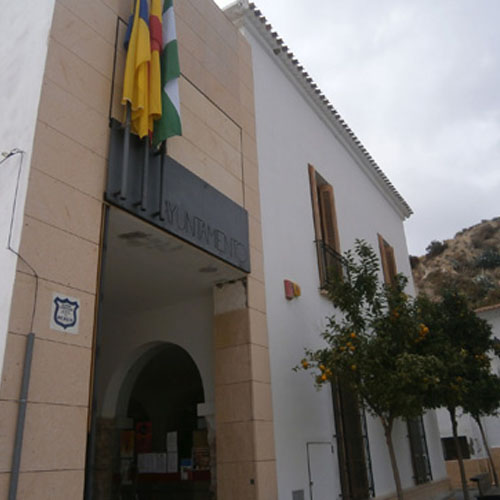