The Valley of the Almanzora is a region vertebrated by a river. Together with the lack of rainfall in the region, it has turned the use of water into an entire culture.

You can start the route in Alcóntar, the town where the Almanzora River is born, and where we have completed the route of the towns bathed by it. Between dense avenues they begin to let see the first torrents of crystalline and pure water coming from the summits of the Filabres. The river continues its course between fertile plains. In this area the remains of several flour mills that took advantage of the waterfalls to obtain the necessary energy to grind the grain, together with a dense network of ditches to transport the water, attest to the importance of this resource among the inhabitants of Almanzora .

The Balsa de Cela is located about three kilometers from Tíjola, which is accessed by following a pavimented road. In the neighborhood of the same name, a sign indicates the presence of the Raft. The place is a natural water source that flows(42 liters per second). It is shared equally by the irrigators of Tíjola and Lúcar. The raft is a place of summer pilgrimage for bathers who seek chlorine-free water to alleviate the hot flashes of summer. The water is born all year round at a temperature between 22 and 24 degrees centigrade. Back to the Almanzora River we arrive at the neighborhood of the Station.

The dense forests of the mountainsides such as the Filabres, together with the perpetuity of the snows in the summits most of the winter, allow this river to have more or less abundant water contributions. It approaches in Cuevas de Almanzora, a town where at the end of the 20th century a dam was built to take advantage of its water for irrigation.

The route can be completed here, although in the rest of the region there are numerous examples of water culture, and of all the works carried out by humans. 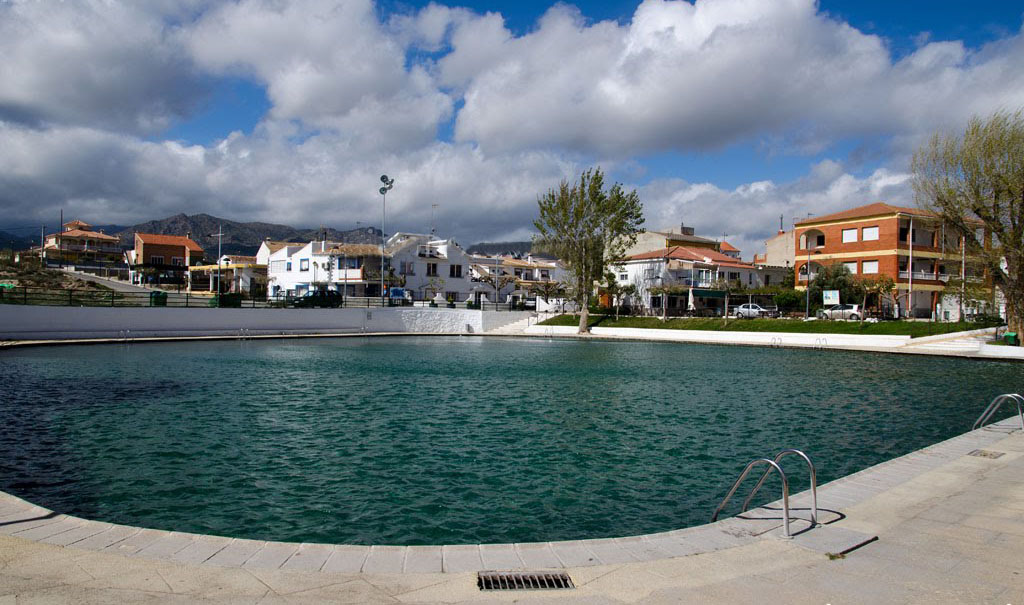