On this route, a trip is proposed following the course of the river for all those populations that chose to settle next to its channel in search of the fertility of its gardens and the water that descends from the summits of the Filabres and Estancias.

We start the trip in Zurgena, a town that is accessed from the A-334 in Overa (exit of the A-7 motorway), or from Baza. In Zurgena, the river has conditioned the life of its inhabitants to the point that its urban core is divided between both banks of the river joined by a bridge.

6.5 kilometers from Zurgena is Arboleas, which can be reached by a road that starts from the old area by a parallel route to the Almanzora River, or from the Alfoquía in another parallel route to the old railway line. In Arboleas it is worth stopping at the Pedro Gilabert Museum. The museum is municipal and it can see most of his work. In addition, it is interesting to visit the ruins of the primitive church of Arboleas of 1492, and the Tower of Arboleas, built by the Muslims. Its state of conservation is very good. In the restoration appeared archaeological rest that are exposed in the City council.

From Arboleas, following the course of the river, we reach Almanzora, a district of Cantoria. You can also reach this town following the A-334 road, and at the last junction of Albox its exit is signposted. You can see the Palace of the Marquises of Almanzora, a noble residence considered the most splendid Neoclassical example of its kind in the province. Going up the river we find a very unique bridge, the Puente de Hierro. An engineering work built in the 1920s on the Almanzora River. The bridge is made of iron by a cycloidal structure. The road that leads to Cantoria passes over him.

Cantoria is considered the door of the marble villages. In its urban core are stately buildings of great beauty, such as the house of the Duke of the Infantado or the Marquis of the Roman, the convent of Divina Infantita, with a popular baroque style of the seventeenth and nineteenth century, now in ruins. The Hermitage of San Cayetano and San Aton of the XVIII, the Parochial Church Our Mrs. of the Carmen, present parochial temple, constructed in century XIX, the Saavedra theater, and the old Pósito.

In the Old Place there are the remains of the Muslim era that inhabited this area until the 15th century. Tthe “Torreta” is also a muslim building, a lookout tower located in La Hojilla and seen from the A-334 road. Of the industrial architecture, in addition to the aforementioned bridge, it is worth highlighting the railway stations.

From Cantoria, parallel to the river, we arrive at Fines returning to the A-334 road. In Fines it is convenient to stop at the Church of Our Lady of the Rosary (Nuestra Señora del Rosario), the parish church of the municipality, built in 1634, as well as at the Marble Museum, with sculptures of the students of the Marble School of Fines.

Only two kilometers away is Olula del Río. In Olula there are also the ruins of the Arab fortress, of which there are vestiges of houses, towers and a cistern. The fortress was built on a settlement of the Bronze Age. 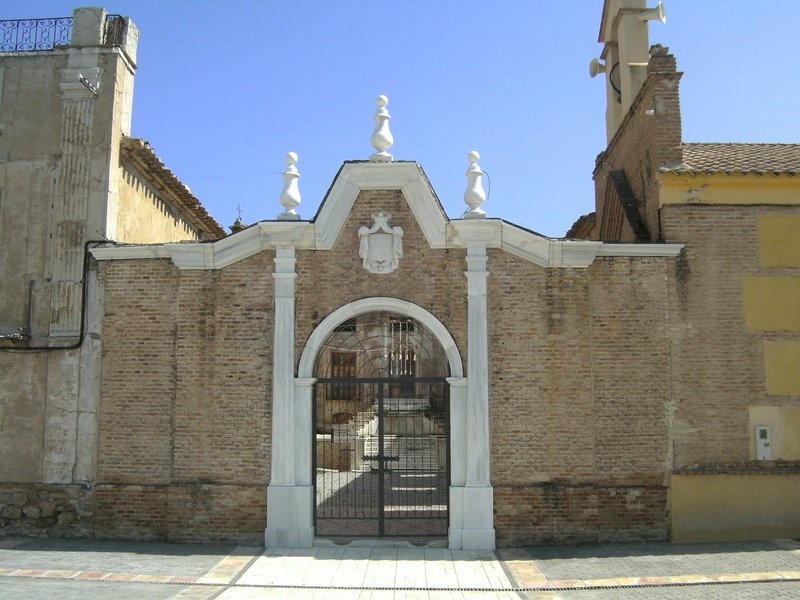 Very close to Olula is Purchena, where the Municipal Museum of Islamic Archeology is located. The houses are marvels of marble, with decorated vessels of all styles of the period and many other objects from excavations in the Alcazaba and fortuitous finds in the old quarter from town. From Purchena we start towards Armuña de Almanzora following the road that leaves the town behind its Alcazaba. After reaching the junction we turn left and continue the route. In Armuña, its Parochial Church stands out, from the 16th century, and the ruins of the old castle.

Tíjola is located two kilometers away, with an important legacy. Its parochial temple has recently been declared a Historic Artistic Monument. From Tíjola the road continues along the river bed, with permanent water if the road becomes winter or spring, until you reach Serón, whose houses are located on the side of the mountain presided over by the Castle. The Muslim fortress has survived to this day.

Walking along the river bed, among malls and poplar trees, it goes back to Alcóntar. You can also follow a road parallel to the paved river and more comfortable for the walker. Alcóntar is known for being the cradle of Almanzora, where the river that bathes all the munucipies described in this trip is born. The most important monument of the municipality is its Parochial church, built in 1820, and whose interior highlights the presence of a Christ of great realism.