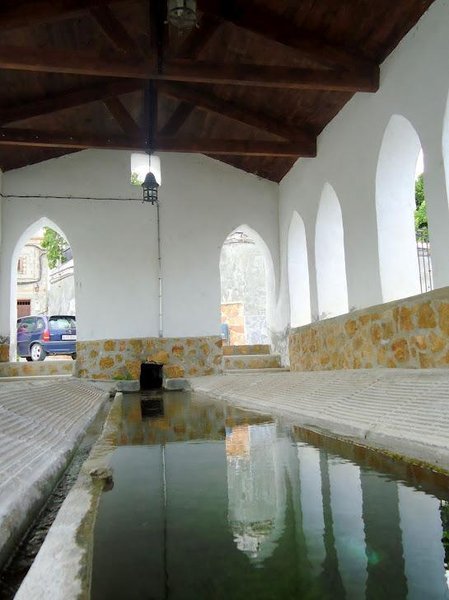 Vestige of other times are the public old laundries. Ancient and modern, covered or outdoors, preserved or restored. The Valley of the Almanzora conserves in its municipalities a clear example of them. They are places of great ethnological interest that transport us to another time, in which these facilities became socializing elements, a space where the obligatory appointment propitiated the chat and the exchange of impressions on the latest news.

The washings of the people of the valley as we know them today, were built in the middle of the XX century, in the postwar period. And the fact is that the lack of running water in the houses forced the women to go to the public laundry to do the laundry. The hard task of washing by hand was totally feminized, public washrooms were a meeting place for women, a space of hard work and mutual company until almost the end of the twentieth century, still today walking the trickster streets of any town in the world. Valley of the Almanzora we can see some the woman who is washing in them.

The old laundries were totally different from those we know today. Many were supplied with an annex well. In addition, there were those who also gave the cattle a drink and even it was a privileged place for the trees that extended to the sides and the adjoining lands. Most of them, now in disuse, have become interesting elements of local ornamentation and, at times, have also become meeting places for urban life.

View all posts by TurimoAlmanzora →

Shoulder of lamb with the aroma of mint and almond

LAMB PIGEON TO THE AROMA OF MINT AND ALMOND Ing

Fines and Olula connected by the Greenway

Fines and Olula connected by the Greenway. Open

The entrepreneurs of Valle del Almanzora have laun