It is accessed from the A-92, taking the N-334 towards Zurgena, deviation in Cantoria to Oria. This municipality offers a landscape full of fantasy and unrepeatable uniqueness, especially the hills covered with a continuous layer of thick agglomerated stone, where erosion has been excavating abundant cavities and grottoes that once hosted the first settlers in the area .
The Patron Saint Festivities are celebrated on June 13, San Antonio, and on September 29, San Miguel. 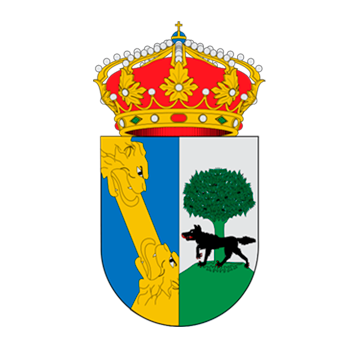 From the Partaloa Town Hall it is an honor for us to welcome all those who decide to discover the wonders of our town through this website.

Visiting the municipality of Partaloa is an experience steeped in centuries of history.

We would like this website to serve to encourage everyone to enjoy and get to know our town, wishing them a pleasant stay that will surely make them repeat.

Through its history appears with many different names: Carsaloba, Cartaloba, Cantalobo, Paralobra, in the Bull of 1505 appears as Partaloba, name that will have its continuity until the end of the eighteenth century, and in the nineteenth century will appear with the current name.
After the Christian conquest will pass through very different hands either by assignment or purchase. The Catholic Kings ceded Partaloa to Don Diego Hurtado de Mendoza, who appointed Muhammad Valenci as warden. In 1501 it would be sold to José Álvarez de Toledo and Osorio Córdoba y Guzmán, possessor of the cantons of Cantoria and Partaloa. In the year 1515 it would be sold by the Duke of Cantoria and Partaloa to Don Pedro Fajardo for two and a half million maravedíes, of these, 150 were for the buildings and fortresses and the rest for the 470 vassals that existed between both villas at the rate of 5,000 maravedis each. Pedro Tortosa would be appointed warden.
Worthy of mention are the traditions of the “farras”, celebration of parties of friends together with food and drink, or “La Cencerrá” party that is celebrated with songs, noises of cans and pots the night a couple marries and one of the two is widowed or widowed. 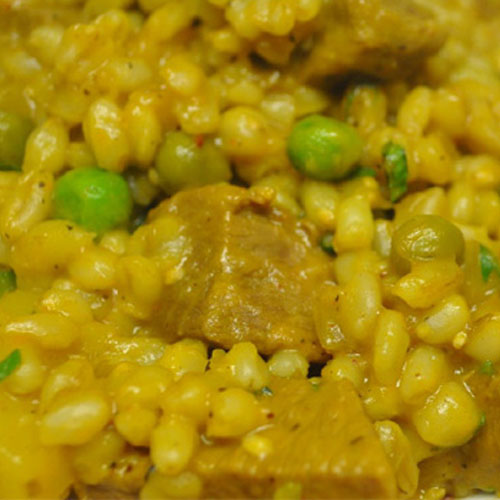 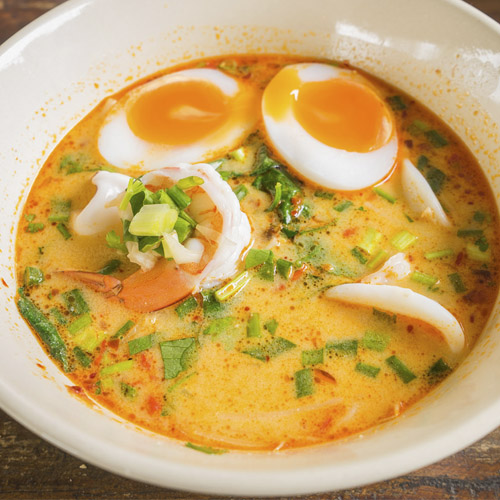 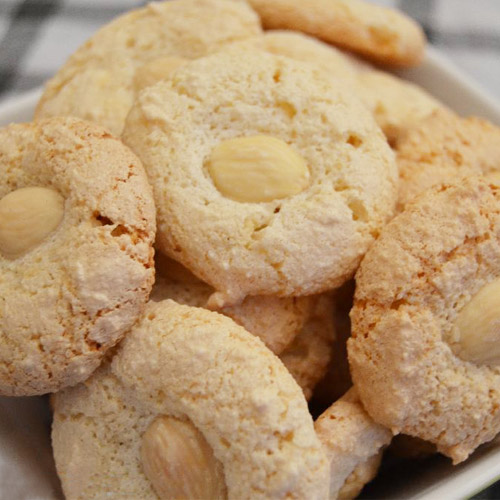 Feasts of the Yellow Stone

In honor of San Cayetano around July 15. It is the party of one of the parishes of Partaloa. The party is composed of a ceremony in honor of the Saint in the Chapel of San José and dance around an orchestra on the site in front of the chapel. During the day a bar is placed and the half-day fair (music and tapas) is held, each time, more extended by the region. Originally the district was composed of four or five houses grouped. In recent years, with the arrival of British citizens and the construction of hundreds of houses in the hamlet for this population makes the party come alive and hundreds of local people of different nationalities concentrate for the night dance. Nobody leaves indifferent as a native of the United Kingdom can dance pasodobles, rumbas or sevillanas.

Party of popular character of three days of duration around the 15 of August. For a long time and responding to the image of emigrant Partaloa the town when more people had influx was in summer, so it was decided that the patronal feast of San Antonio de Padua that is celebrated on June 13 should have some reference in the Summer time that was when more people had. It is characterized by the myriad of activities that are organized.

District of Partaloa. The day of The Ascension is celebrated, around the 24th of May.

Mass and procession through the streets of the town in honor of our Saint on June 13. It is characterized by dancing in the Plaza de La Constitución. All the inhabitants of the town are concentrated in this square where several orchestras liven up the evening. 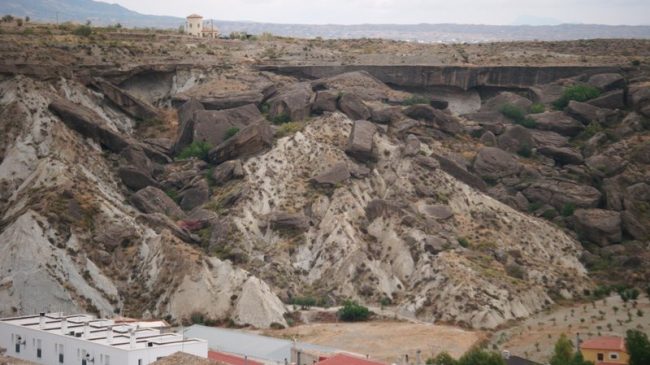 The so-called collapses are a form of hillside collapse characteristic of the erosive and sedimentary dynamics in arid zones. By virtue of this dynamic, between the slopes of the mountains and the lower areas of the valleys, a gently sloping plane develops, which is known by the name of glacis. 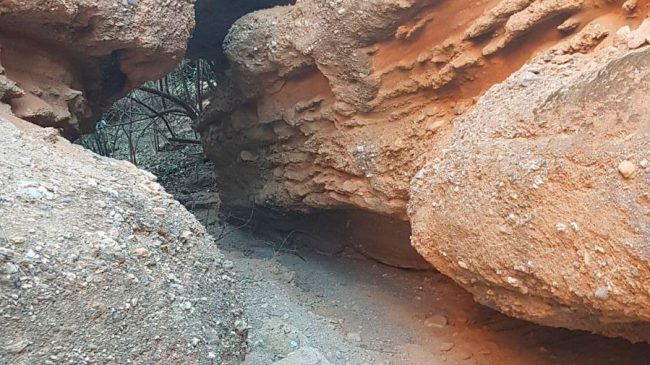 Los Estrechos del Ciscarico is a stretch of Rambla where erosion has been vertical in harder materials, leaving stone corridors that the walker must do in single file. Ideal for photography enthusiasts. 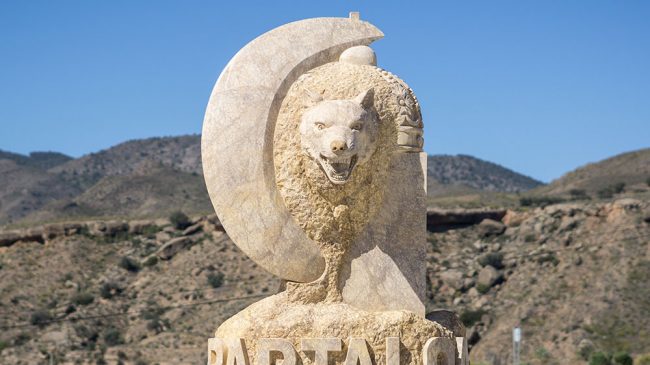 A sculpture with the protruding head of a wolf is precious and carved in one piece. The wolves are part of the town’s name, previously called “Partaloba”. 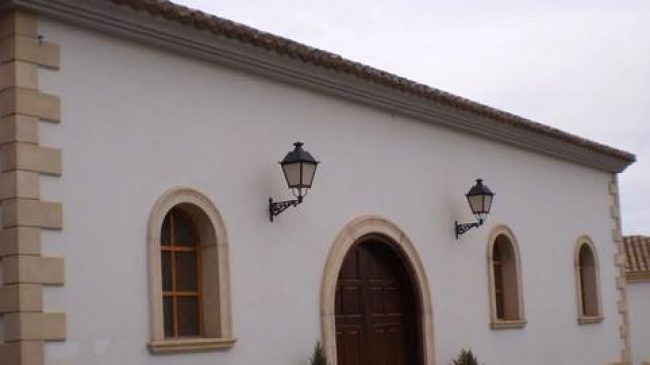 The Parish Church San Antonio de Padua is a recently built building that replaces the old church that had to be demolished by the earthquake of 1973. 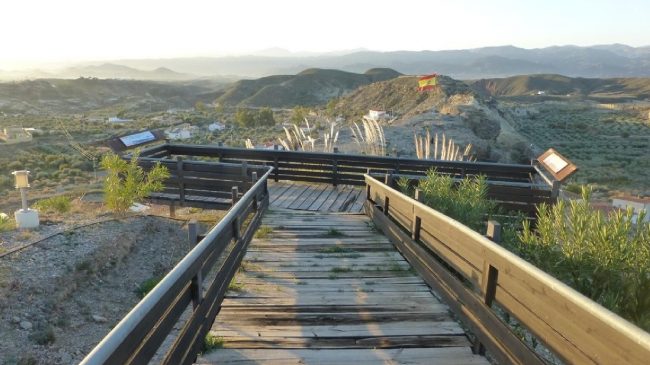 The viewpoint of Partaloa is a wooden construction of about 50 meters long in the form of a corridor that ends in a closed balcony. It is located on top of the Piedras del Castillo next to the Hermitage. It was built in 2006 and is considered the Balcon del Almanzora. From here we can have unbeatable panoramic views at a 360º angle. On the right we see the hamlet of Retamar, in front of the town of Partaloa with its meadow and on the left the hill where Algarrobo is located. In the background there is the Sierra de los Filabres where in winter you can see the Tetica de Bacares nevada. The Mirador de Partaloa is a must for those who walk the “Estrechos del Ciscarico” Trail and for lovers of photography. Source: https://www.wikanda.es/wiki/Mirador_de_Partaloa 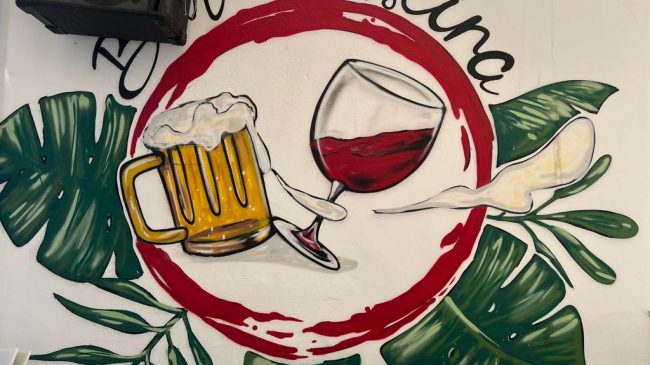 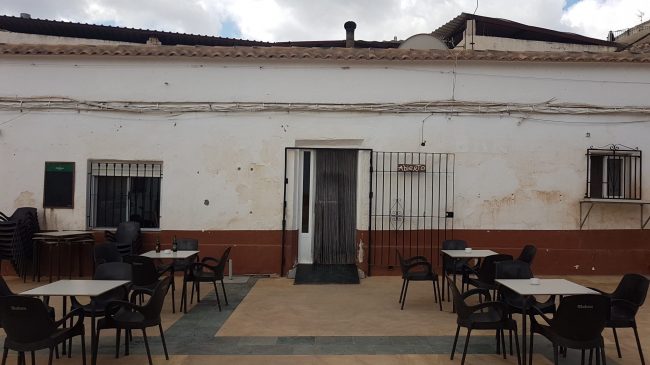 They have a variety of tapas such as Spanish and English They offer meals on request such as rice, roast chicken and migas. one of the varieties of tapas they have are blood sausage, chorizo, mini pizza, lean in sauce, blood, mask, chicken or beef burger, loin… etc. Schedule: From Tuesday to Sunday from 8 am to closing. Closed Monday. 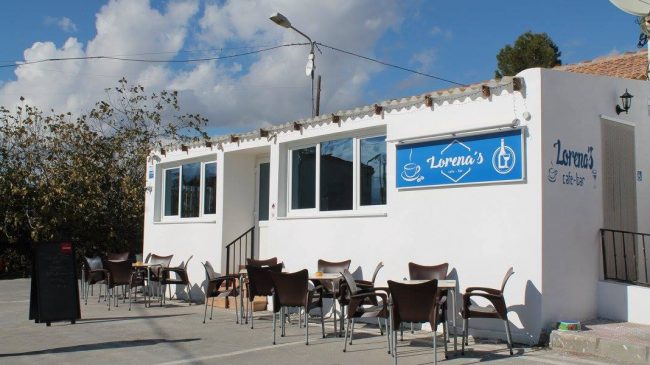 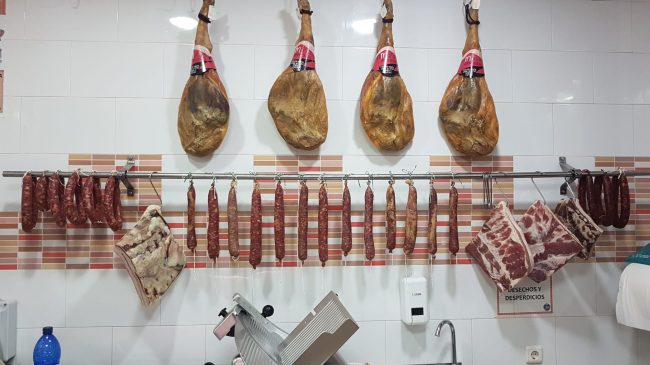 This is a butcher shop located in Partaloa in the province of Almería with years of experience. Come and try our delicious homemade sausages like the ones in the image! Schedule: From 9:00 to 14:00 | 17:00 to 20:00 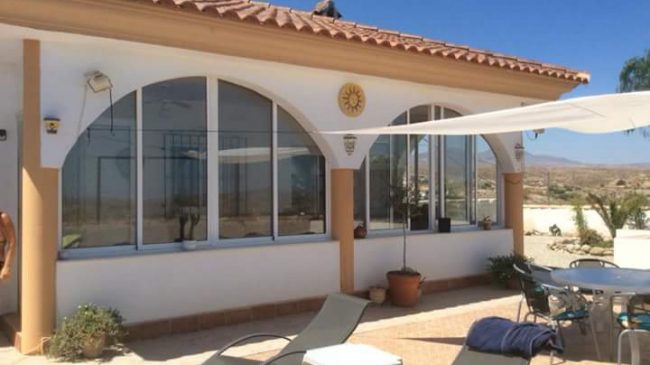 VTAR / AL / 00726 Villa Partaloa is located in Partaloa, in the Cerro Gordo area, a few minutes from all the services in the center of Albox. The house is fully equipped to accommodate up to 6 people with a fully furnished kitchen: crockery, nespresso, pots and kitchen utensils, bedding, bath towels … Dishwasher, gas stove, fridge, freezer, washing machine, microwave. There is a gas barbecue and a spacious dining room with a fireplace. The accommodation has 3 rooms: a double bedroom with an en-suite bathroom, washbasin, bidet, WC and bathtub, a double bedroom and a bedroom with two single beds. There is a second bathroom with a toilet, shower and sink. You also have a private 8x4m pool hidden from view, with a bubble cover that allows a pleasant temperature from May to November. Arrival can be done independently with an external key box. It has a television with an Astra 19 parabolic decoder. There is a large terrace by the pool and a small terrace for eating in the shade near the kitchen. Wifi available. Alarm system. Private parking. Pets Allowed 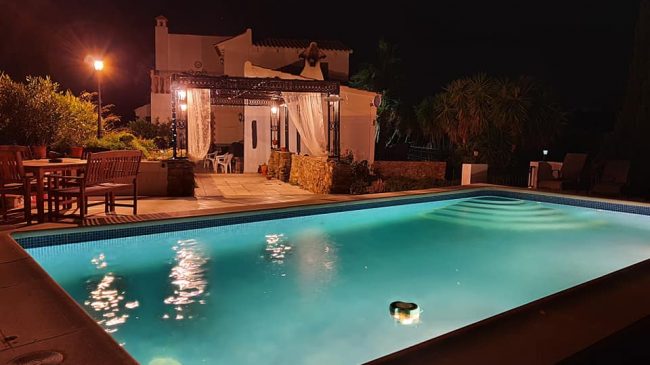 VTAR/AL/00677 Holiday Rental Villa Spain. Stunning everchanging mountain views. Price is for accommodation not per person. The Bungalow set in the grounds of our Cortijo is a 2 bedroom 2 bathroom self catering accommodation with its own private entrance and courtyard garden. It has a lounge, dining area and kitchen. The kitchen has a full gas cooker, fridge freezer, kettle, plates, cutlery, mugs, glasses & cooking utensils and pans 1 double & 1 twin room both having en suite shower rooms. The Bungalow sleeps 4 people maximum (travel cot can be provided & baby not included in occupancy count). All towels including pool towels & bed linen are provided. The Bungalow is easily reached from either Almeria or Murcia International Airports both of which are approx 1hr 30 minutes away. As the Bungalow is in a rural setting & no amenities within walking distance a car is essential. 2km from the Spanish village of Partaloa which has a shop, bars, restaurant, chemist, doctor & bakers. 15 minutes from the larger market towns of Albox & Olula del Rio both offer everything you would expect from a large town. The beaches of Vera player & Mojacar are approx 45 minutes away. […]

If you are thinking about taking a different trip to discover beautiful places and charming towns that are not usually well known, a getaway to Partaloa is an excellent option. Our town has many options to make and we recommend the ones that are sure to be of your interest.

What to do in Partaloa? 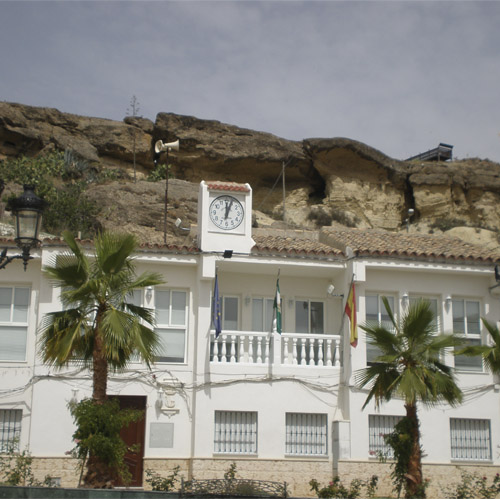