History of our people

Macael is inexorably linked to the word Marble. The quarries very close to the urban center have been exploited since very old, constituting the most important ornamental rock exploitation nucleus of the national territory.

During the recent Neolithic and the Chalcolithic, the populations of the Almanzora 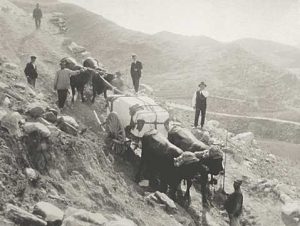 Valley took advantage of the white marble stones that dragged the water courses to elaborate small schematic figures denominated “cruciform idols” or “Almerian idols” that deposited in the collective tombs. In ancient archaeological research were considered one of the characteristic elements of the “Culture of Almeria”.

With the Romans began to exploit the quarries of Macael on a larger scale, but it is in the Muslim era when there is a greater continuity in extraction.

With the Christian repopulation of Macael, the activity of the marble sector resumes. The “Book of Apeo” of Macael (1573) shows that the inhabitants of that time were taking advantage of the marble of the mountain without restrictions. It is considered that here is the basis of the traditional right of the inhabitants of Macael to freely exploit the marble. For a complex and long process this right ended up being managed by the city council.

The start-up of the Almanzora railway from 1895 was the beginning of the take-off of the Macael marble industry and the possibility of distribution of its products to the rest of Spain and Europe.

In 1978, after the approval of the new General Regulation for the Mining Regime, Macael City Council requested to legalize the situation of the mining concessions. In 1981, the mining concession rights were granted to the City Council of Macael, being agreed to renew them for periods of 30 years, renovations that have been happening to date. At present, Macael is the largest producer of marble in Spain, which in turn holds the second place in the world. 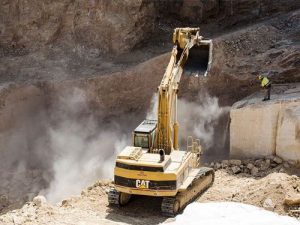 The quarries of Macael are located in the central part of the province of Almeria, on the northern edge of the Sierra de los Filabres, between 1.5 and 6 km. Of the town of Macael. They occupy an area of ​​6,192 hectares, with estimated reserves of 40 million cubic meters. Its 124 quarries are located very close to each other, within the different places where the different extraction areas are known locally: “Australia”, “Barranco Arispe – Cerro Arispe”, “Poland”, “Cerro Pelao”, “Rambla Orta “,” Horcajos- Plantones “,” Carretera Alta- Hoyos “,” Canteras de Río “,” Cañailla- Azules “,” Macael Viejo “” Jotatell “,” Puntilla- Barranco Puntilla ” Culebrón “,” Great Parade “,” The Queen “,” Polvorín “,” Pozo-Umbría del Pozo “or” Umbía Pila “. In the quarries of Macael we find different types of marbles that we can classify by colors according to the commercial names registered by the “Marca Macael”.

White Macael marble, hard and coarse grain, is suitable for construction but is also widely used in sculptures, tombs and other

funerary uses, as well as sinks, mortars and other handicrafts. It is classified according to the purity of the white color being the marble comple
tely white, up to 99% of calcite, a fairly expensive and exclusive stone with an impeccable luminosity. Its white hue contains light blue irises which gives it a unique personality.

Quite uniform white-gray marble and medium grain. It comes from a place in the municipality of Macael called Rio. Its main accessory mineral is the quartz, which gives it greater hardness.

White marble with gray background and grain, whose essential mineral is calcite and as an accessory mineral the quartz. It has

Quite uniform pale yellow dolomitic marble, with an incidental presence of calcite and iron oxide and manganese. It has yellow and green streaks darker than the base color.

Anasol marble is a “cipolínico marble” that by its structure in thin layers of mineral incorporates parallel green, yellow, pink and gray streaks

on a white background. The adjective takes it from the famous Greek marble “Cipollino” (onion), coming from the island of Eubea. The stratification characteristic of Anasol marble in layers of onion is due to the presence of mica, specifically Muscovite. It is one of the four most famous cymbeline marbles in the world, along with the aforementioned Greek, an Italian from the Apuan Alps and a Serbian.

Green, its texture is irregular with some zones

interspersed with calcite. Marketed as marble, geologically it is a serpentinite (serpentinized Peridotite).