Just visit any Internet search engine and put “Taberno 4 × 4” to show many links to the web, photographs, videos of the events we do throughout the year . Events such as exhibitions, tests of the Spanish championship (such as Baja Almanzora) and routes through the municipality.

We are going to stop at the homologated route that you have at your disposal. Some of the participants in the routes described it to us as a cocktail between the multiadventure and the history of Taberno. During 60 km. we will visit the “canat”, an irrigation system imported from Syria more than 1000 years ago; natural viewpoints with views of the Sierra de las Estancias at the same time as the coasts of Mojacar or Águilas; we will see the biggest “Glacis” of all Europe; we will pass through wide ramblas that demonstrate the power of the great avenues of waters that occur occasionally, as well as narrow ravines that carry water all year round. We will also visit several districts highlighting Los Mundos, where the famous battle of Munda could be celebrated, in which Julio César fought; later we will see Santopetar, Roman villa of S. II a. C. 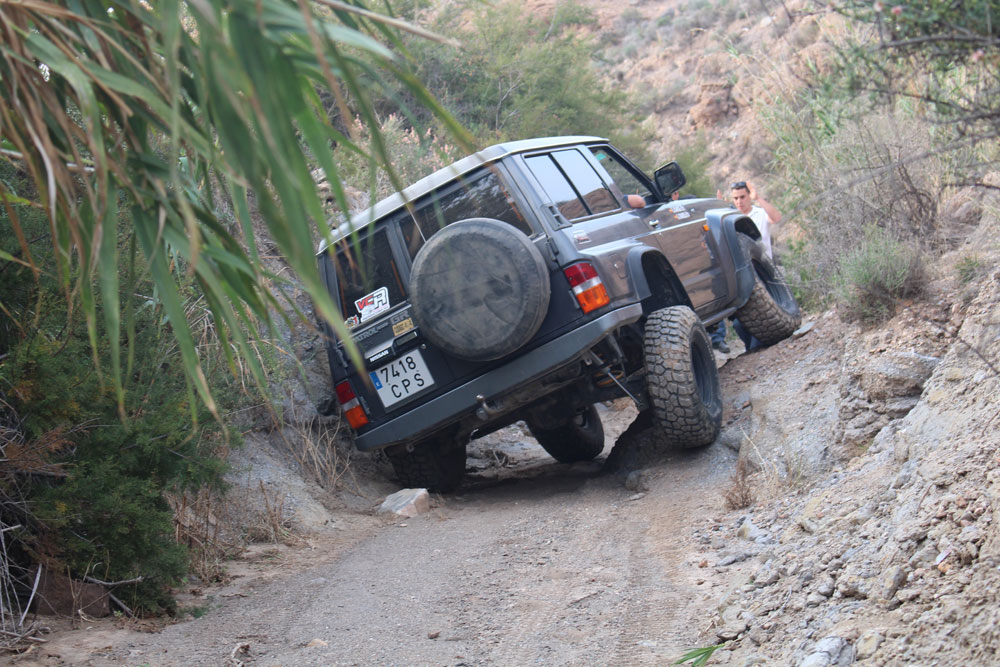 If you are going to make the route, you should know that it can be done with a vehicle with 4 × 4 traction, but if you want to make the option areas, which have two levels of difficulty, you may need to reduce them in areas with medium difficulty. In the extreme you will need a prepared vehicle and it is advisable not to do it just in case you need help from another vehicle.

But do not worry if you want to make all the zones, we have a very cheap buggy rental company to enjoy without risks for our vehicle. Here we leave you so that you can download the tracks for gps of the general rutometer, it does not include the areas with difficulty. In addition to the routine in pdf to have it on your mobile, tablet or print it and some pictures of the route.