Located on the top of Mount Roel in the Sierra de las Estancias and built in the 18th century, it is the most important architectural jewel with which Albox has, also declared the historical-artistic monument.

The whole of the Sanctuary is of a beauty and unquestionable sensibility combining elements of rural handicraft (the stone tufa) and ecclesial architecture reigning in Granada. The Sanctuary lodges among its thick walls the spiritual patron of the town, the Virgin of the Salient, small in size but large in Marian devotion, spread throughout the Spanish Southwest. The royal building, a mode of mystical city of God, integrates between its walls hermitage, episcopal palace and seminary of missionaries; It was constructed from 1769 by order of the bishop Claudio Sanz and Towers (1761-1779). The ensemble was conventual: it gathers in a rectangle the hermitage, the cloister, with aljibe and 18 arches ascarzanos on pillars, more dependencies anejas, and the sector dedicated to the services, directed the works of the architect Vicente Sanchez. 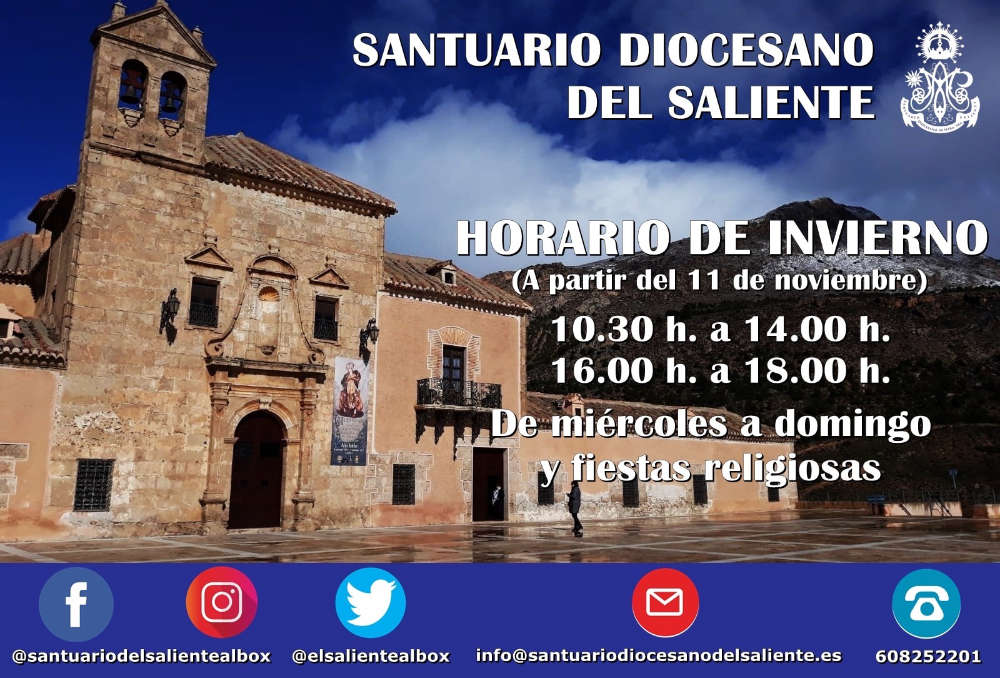